This paper focuses on Polish students who held the office of rector at the University of Bologna in the second half of the fifteenth century. At that time, three rectors were usually elected at the university: two at the "universitas iuristarum", one for Italian students (citramontani), one for non-Italian students (ultramontani), and one at the "universitas artistarum". Election procedures were established by university statute, and the statute of 1432 stipulated that a candidate running for the post of rector at the universitas iuristarum was obliged to have completed at least 5 years of law studies and had to be over 25 years old. According to the statute of 1405, a candidate running for rector at the universitas artistarum also had to be over 25 years old and was required to have studied medicine for at least two years, including at least one year at the University of Bologna. Rectors were elected for a one-year term. In the second half of the fifteenth century, six Polish students had the honour of being elected rector of the University of Bologna: Jan Ostroróg, Andrzej Oporowski, Tomasz of Poland, Władysław of Poznan, Jerzy of Drohobych and Abraham Zba˛ski. They all played an important role in Polish political, ecclesiastical and university life in the late Middle Ages and early modern period. 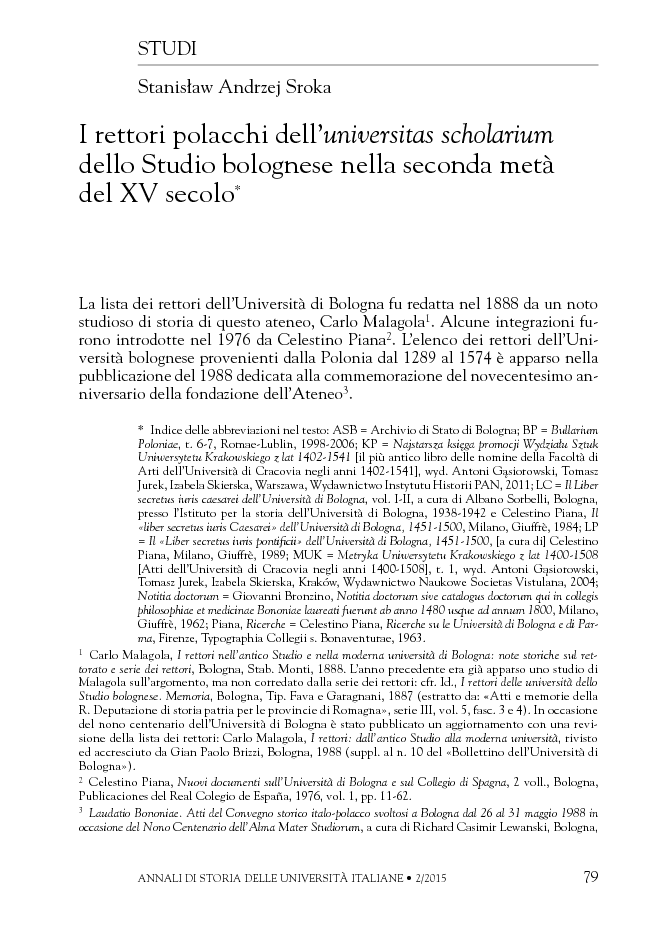