Compared with the considerable amount of attention given by historiography to colleges of doctors of law, and to a lesser extent doctors' professional corporations, Bologna's College of Doctors of Arts and Medicine has not until now been the subject of research aimed at tracing its evolution, organization, regulations, and workings. Rather, it has been held all too simplistically to be a «copy» of colleges of doctors of law. The cross-referencing of statutes and surviving records produced by the College between the 14th and 15th century has as its aim the reconstruction of its history, albeit only over certain periods. In particular, the documented reconstruction of the College's composition, its entry requirements, the handing down of seats within families, allows us to add another piece to the historiographical picture of the creation of academic oligarchs, and in this particular case their close ties with the control of the health professions in Bologna in the late Middle Ages. 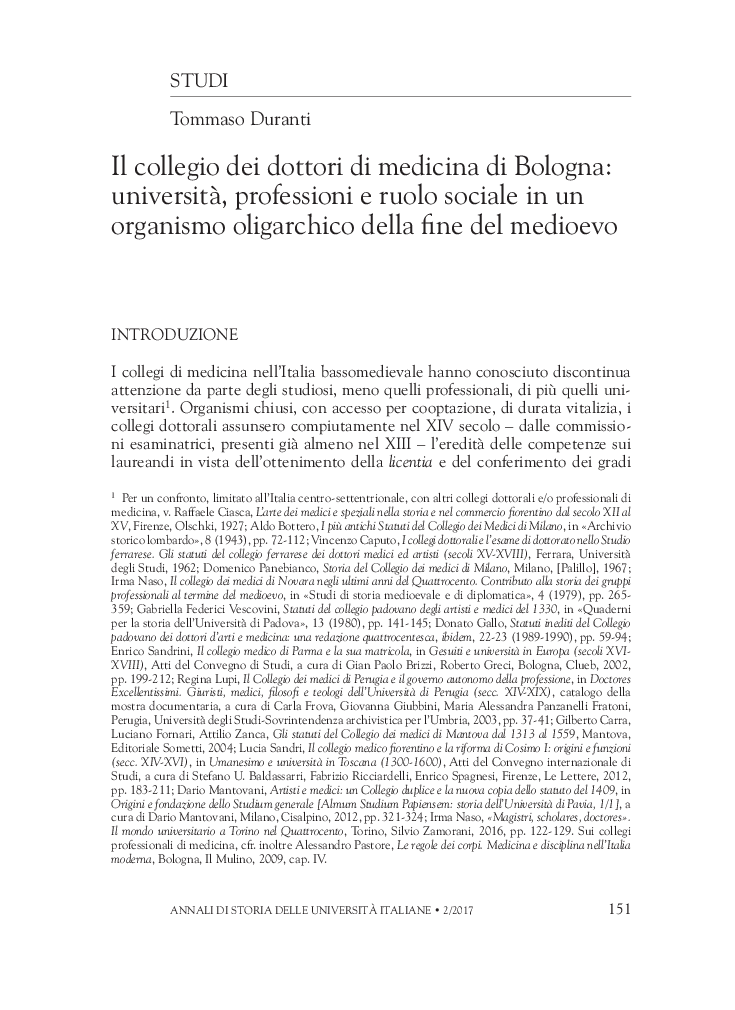