The analysis of the series of Venetian ambassadors' travel reports written in 1542 and 1793 forms part of renewed interest in the history of international relations. Their «impressions of travel» throw new and unique light on the Universities of Pavia, Turin and major European universities (Paris, Leiden, Oxford, Cambridge, Edinburgh and Glasgow), with particular emphasis placed on Spanish universities. German universities (Helmstedt, Mainz, Cologne), too, are taken into consideration. The travel reports, which feature observations made by the writers, deal with aspects of university life from a personal viewpoint and to varying degrees according to personal interest, and encompass professors, students, public ceremonies, academic awards, clothing, political power, university buildings and urban spaces. Universities also appear in the richness of the language describing a city's identity («City of Learning«, «universal study of the arts»), but with an understanding of their social role: educating the élites, tool for social mobility, but also places for technological innovation or as models for University reform in Padua. 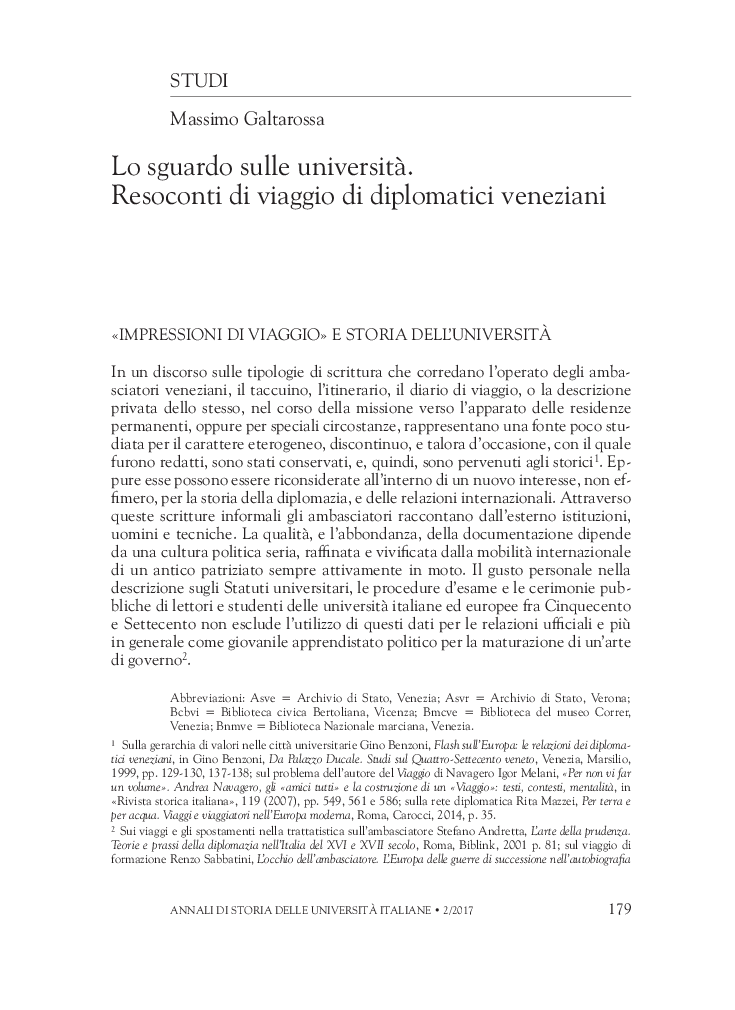