This article outlines the demographic evolution and geographical distribution of the Western communities of scientists between 1700 and 1870. It is based on a sample of 11,118 scholars who represent an elite of the Republic of Science, distributed according to formal categories of disciplines, national origins and scientific importance. Data analysis shows that the scientific enterprise grew throughout the period, especially after 1810-15. However, this expansion went at different paces according to the disciplines, the countries and the level of involvement in research. Established disciplines, such as mathematics or botany, immediately encountered steady developments, whereas chemistry and the Earth sciences, which hardly existed by 1700, first experienced decades of difficulty, followed by periods of exponential growths. Other disciplines, such as astronomy and physics, alternated periods of expansion and periods of stagnation. Taken together, these contrasting evolutions defined changing methodological trends: they allow the subdivision of the period 1700 to 1870 into successive phases of scientific developments. Among the major powers (France, Great Britain, the German states), the scientific dynamics remained basically the same until the 1840s, when Germany seemed to take the lead. At the same time, the scientific developments in a few previously «peripheral powers» (Russia, the United States, the Habsburg Empire) have significantly added to the circle of the major nations of science. Other countries, such as Italy, Sweden or the Netherlands, alternated periods of glory and stagnation. Finally, the development of science was also conditioned by the distribution of scholars between the metropolis and peripheries, and by the scientific level of individuals. These factors had an impact on the training paths and careers of scientists, and conditioned their opportunities for personal contacts and collaborations. 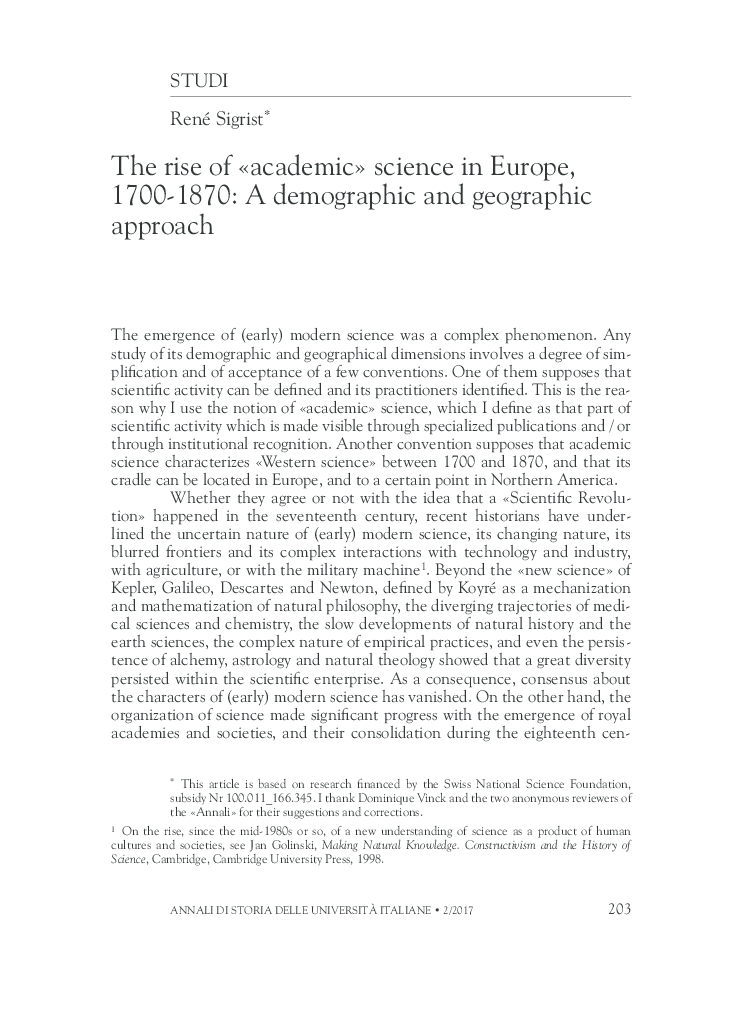