In May 1915, at the height of demonstrations in favour of Italian intervention in the War, which characterized the city of Parma for their particular intensity, the teaching body of the University of Parma, which was essentially united, officially aligned itself in support of Salandra and, more in general, of the prospect of Italy's entry in the War. By placing this event in the peculiar context of Parma, the paper addresses the faces, methods, and ideas central to the University's protagonism on the eve of the War. Particular attention is given to the role of Agostino Berenini, a professor at the Faculty of law, social-reformist deputy, and prominent figure within the free masonary, who was called to serve at the Ministry of Public Education in 1917 and then to take the helm of the University of Parma in 1919. 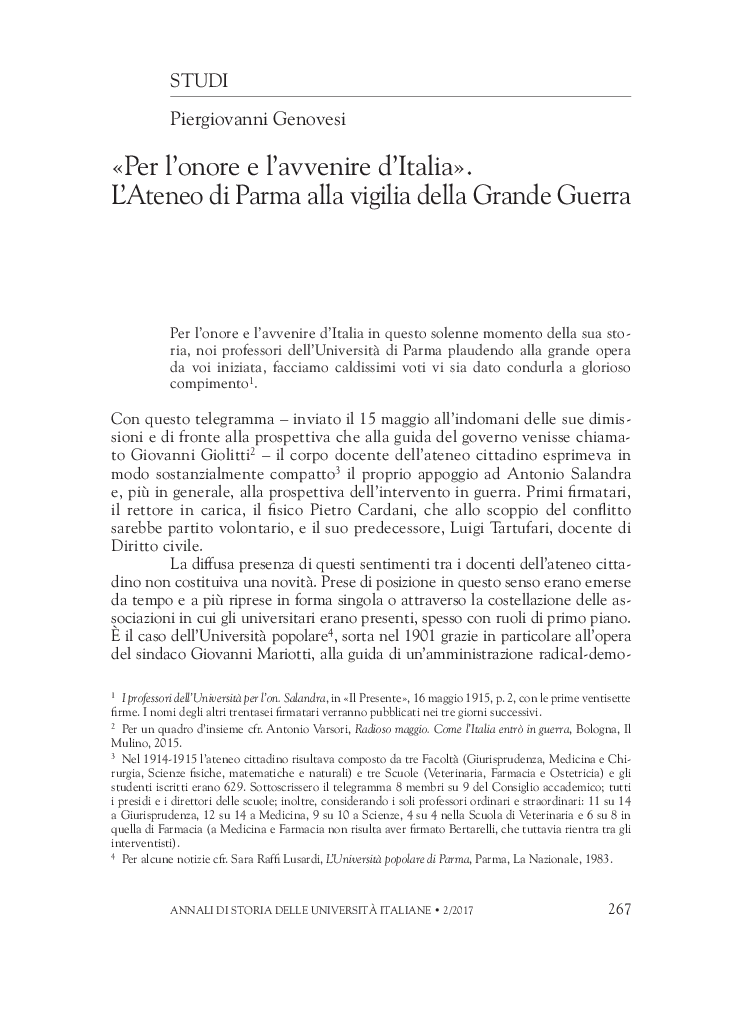