On the basis of documentary material from the Historical Archive of the University of Catania and «Annuari» from the R. Istituto superiore di Scienze economiche e commerciali, a picture has been built up of the brief experience at the University of a professor of economic geography. After winning the public competition in Economic and Commercial Geography held by Catania's R. Istituto superiore di Scienze economiche e commerciali, Umberto Toschi moved to Catania in January 1933. Toschi was from Bologna and not yet forty, but had held a post in Economic Geography and Demographic and Economic Statistics at the Istituto superiore libero di Scienze economiche e commerciali. Although he stayed for only a rather brief period, his years in Catania were intense and saw him diligently carry out his university duties. He also took on the teaching of Economic Statistics, set up the Laboratorio di Geografia economica and, above all, drew up teaching programmes that tied in more closely, then in the past, with economics- and statistics-based subjects. Much appreciated by his colleagues in Catania, he was nominated Dean for the 1935-36/1936-37 academic years. He then moved to the University of Bari where, between 1940 and 1943, he was Dean and Rector. 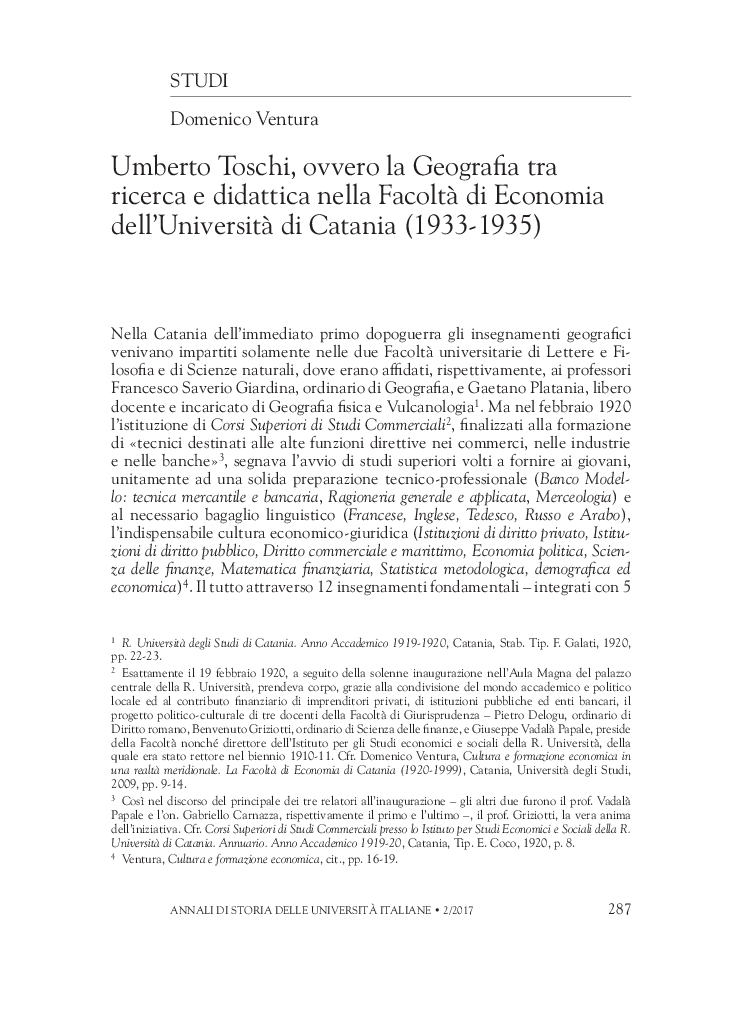