This essay aims to introduce, through the lens of international historiography, the experience of Zengakuren, the Japanese student movement born in the late 1940s and internationally known for being a part of the global revolution of 1968. Zengakuren, an acronym of Zen Nihon Gakusei Jichikai So¯ Rengo¯ (literally «Federation of Student Self-Government of Japan»), from the post-war period expressed some of the national themes of revolt in the Country of the Rising Sun. Zengakuren worked in a context where the rapid post-war economic growth and Japan’s place on the global stage were colliding with the traditionalism of Japanese society, creating tensions that lead to the affirmation of different forms of opposition to the system. The political transformations of the Country and the evolution of the international political situation affected the student movement which, after splitting into numerous currents, reunited in the occupations of the universities in 1968. 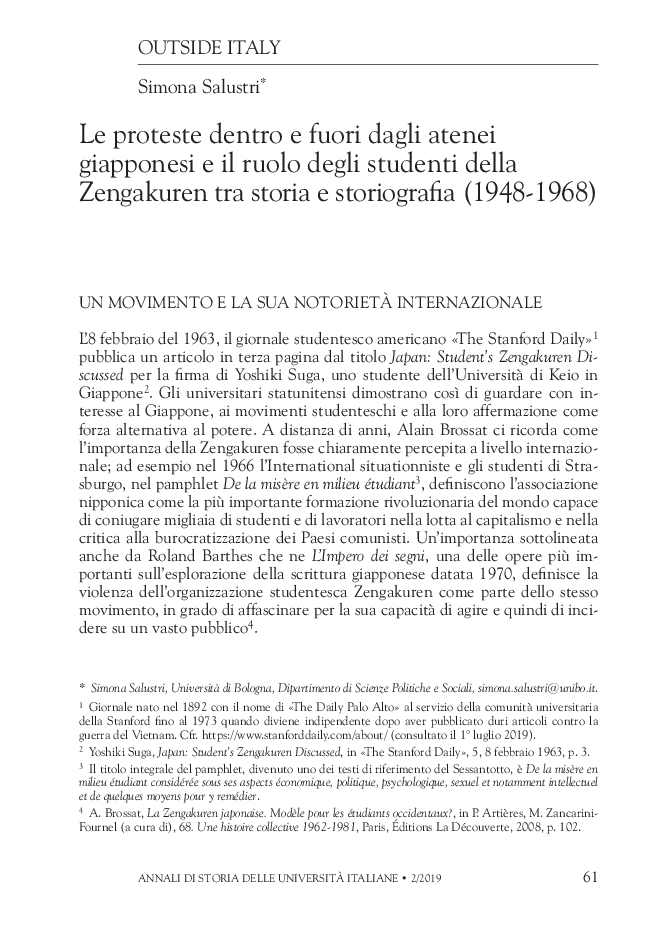