The paper reconstructs the history of the School of Social Sciences founded in Florence by Carlo Alfieri di Sostegno in 1875, which, in 1888, became the Institute of Social Sciences «Cesare Alfieri», until the immediate aftermath of the First World War. The School was the second of its kind in Europe after the École libre des Sciences politiques of Paris founded three years earlier with the aim of forming the new ruling class of the Third Republic. This study affords particular attention to the period from the end of the 19th century to the immediate aftermath of WW1, which has until now been largely overlooked by historiography. This was a period of development and consolidation for the «Cesare Alfieri» School, which was unique in Italy for its political and social studies prior to the Gentile university reform in 1923. The research is based on both released and unreleased archive material, the latter being found largely in the Luigi Luzzatti (director of the Institute between 1914 and 1919) collection housed in the Istituto veneto di Scienze, lettere ed arti, besides other archival documents and collections of correspondence. 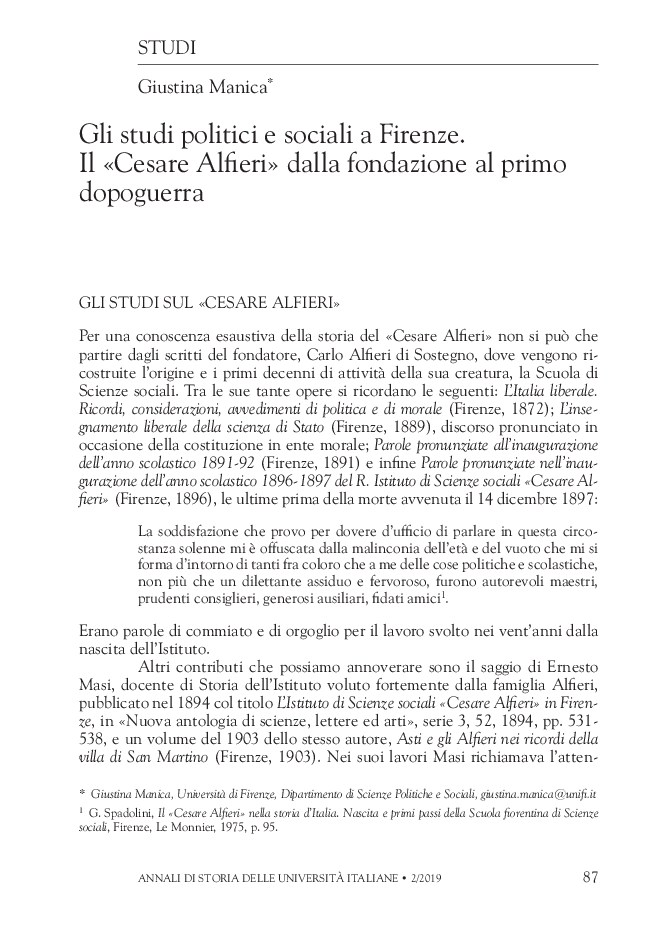