Vittorio Benussi arrived in Padua in 1919 in order to assume the teaching of Experimental Psychology. Until then he had been a Privatdozent in Graz, and his arrival in Padua marked an important event in the history of the subject, both for the importance of the research conducted by Benussi and for the context of the university institutes involved. The chair of Psychology assigned to Benussi in 1922 «for his renowned reputation» was, since the first chairs established in 1905, the fourth in Italy. Unlike the previous three chairs in Rome, Turin and Naples, it was established at the height of idealistic times and not long before the Gentile reform, whose ideals were rather hostile towards experimental studies in psychology. Despite the hostile national cultural attitude, at the University of Padua the climate was very favourable towards experimental psychology, which was taught at various faculties of the University in continuity with the previous spirit of Ardigò’s critical positivism. This study examines the main events surrounding the establishment of both the chair and the experimental psychology laboratory under the direction of Benussi (1919-1927), as well as those concerning the academic position of Benussi – who was director of the institute. The paper deals with the drawing up of the curricula, which provided for the teaching of psychology, as well as the organization of the laboratory and the research conducted. The reconstruction of the events examined has been carried out using largely unpublished archival sources, which have been systematically contextualised within universities’ normative frameworks of the time. 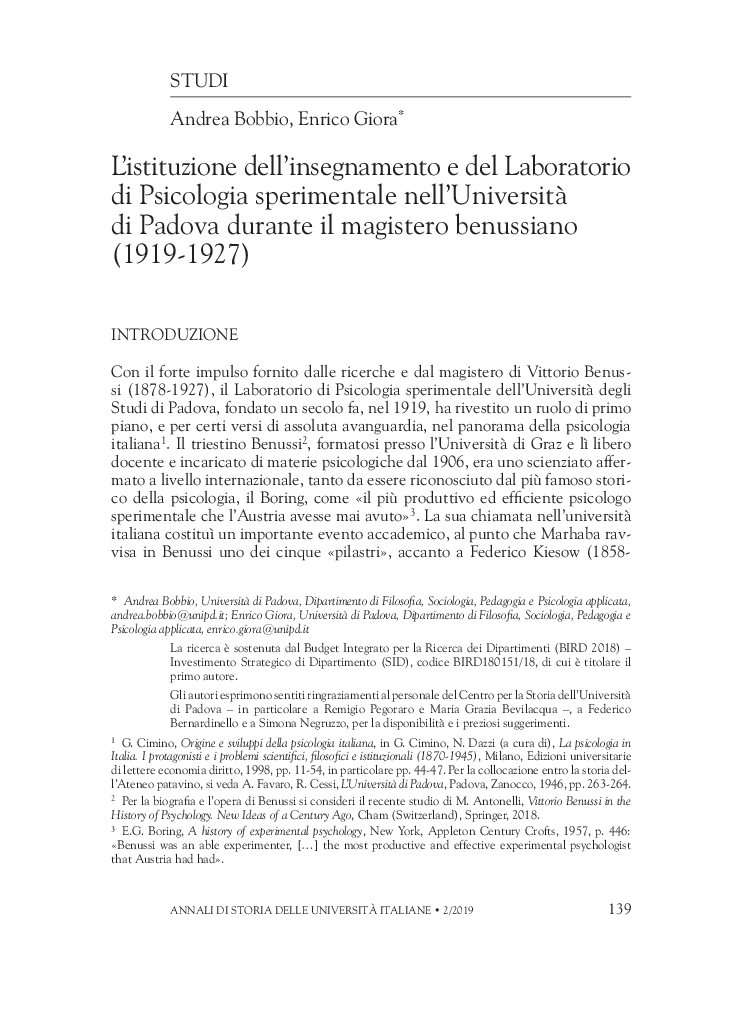