International law was introduced as a subject to the curricula of the Faculty of Law of the University of Cagliari in the mid-1800s, when the antiquated model of legal studies in utroque jure was modernized. Initially, modernization resulted from the absorption of Sardinian universities into a wider university system following the «perfect merger» of the Kingdom of Sardinia with mainland countries (1847-1848). The introduction of the Casati law in 1859 made the changes even more consistent. Further modernization of the University of Cagliari resulted from the University’s inclusion within the national university network created by the unification of Italy (1861). Teaching was given a dual task: to form new jurists as well as teach and produce the science. This time period was marked also by the concerns of the internationalist doctrine, which saw the need to review its statute. In Italy, this debate occurred at the time the concept of Nation changed into a philosophical-juridical criterion of natural law. A study of the scientific interests of teaching staff, who to different degrees contributed to the launch of the new subject, and an analysis of degree dissertations allow us to appreciate the ties created between the University of Cagliari and the so-called Italian School of International Law. This was a School that, in spite of the many interpretations of the idea of Nation, appointed Pasquale Stanislao Mancini as its head. 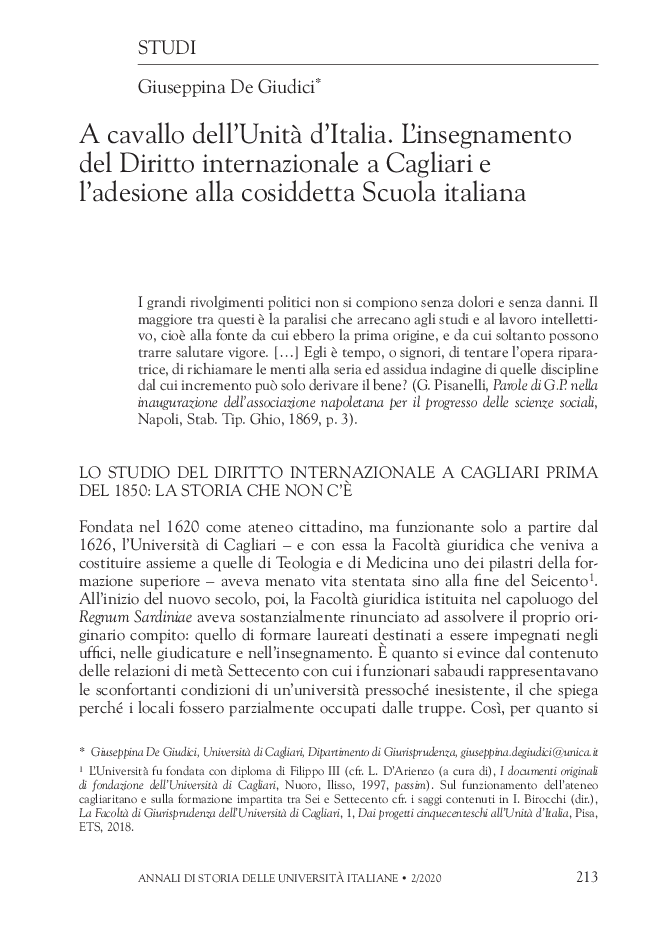