Placido Rizzotto and Peppino Impastato are two Italian mafia victims whose names were long forgotten until their stories became the subject of two films both released in 2000 - Placido Rizzotto, by Pasquale Scimeca, and "One Hundredth Steps", by Marco Tullio Giordana. It is today generally acknowledged that these films are instances of a wider cultural movement that blossomed in the nineteen-nineties, which aimed to form a new national identity defined in opposition to the culture, values and behaviors that allowed the mafia to thrive. I propose a formal analysis to show that these films have contributed to change the Italian public's sensitivity toward organized crime stories not only through the critical acclaim and commercial success they received, but also by subverting the conventions of the mafia film tradition in at least three significant ways. First, by dismissing the entertaining gangster-movie style of traditional movies, these films encourage viewers to question the individualistic myths that surround the mafia and to consider its social downsides. Second, by focusing on little-known activists, rather than prominent mafiosi and their institutional opponents - police officers, prosecutors, etc. - they counter a deep-rooted commonplace according to which mafia members may well use violence against each other, but do not generally hurt the rest of the community. Third, by emphasizing the pathetic aspects of the stories, they elicit an emotional response that may leave a deeper trace of the story's meaning than more spectacular films of the kind. 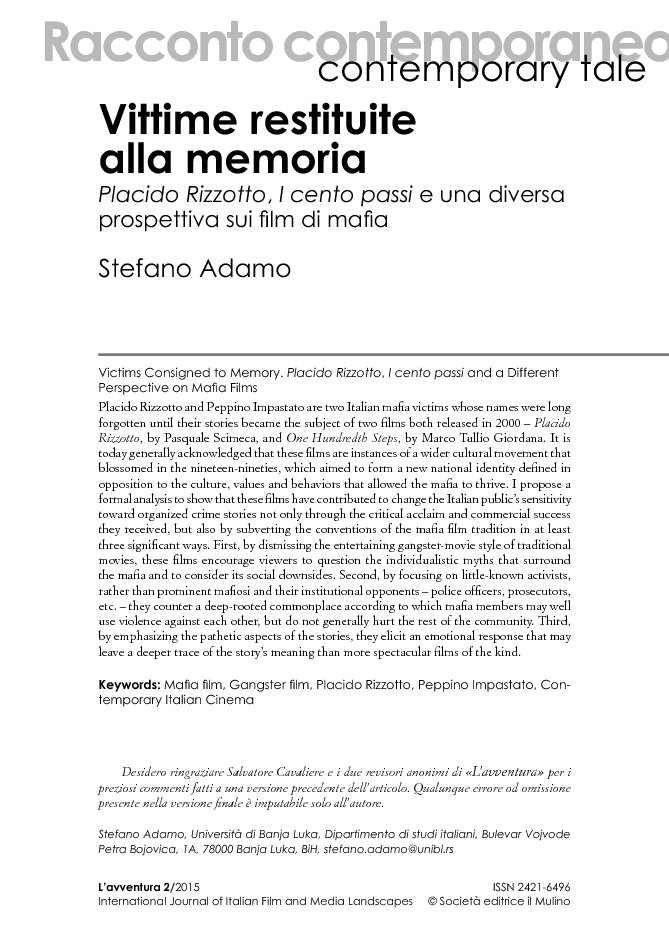