Laura Betti was the protagonist of a surprising scenic parable, characterized by linguistic challenges and extraordinary characters, and ultimately absorbed almost entirely by her relationship with Pasolini. Although she participated in almost all genres (from cabaret to song, from theatre to television), it is the cinema that has enhanced her expressiveness, capturing the power and the excess of her body. The choice of often hybrid roles and codes made it difficult to frame Betti in the tracks of Italian «divismo» and crucially this has conditioned studies of the vocabulary of her performances: even in the presence of several dossiers dedicated to her, often the signs of her performance remain crushed by biography or anecdote. This paper aims to trace some of the specificities of her way of thinking about acting for cinema, and it will be oriented toward the analysis of the roles encoded within the Pasolini paradigm. In fact, her relationship with Pasolini has determined the ambiguous oscillation between imitation and identification, that is, the construction of an irreducible actress paradox. 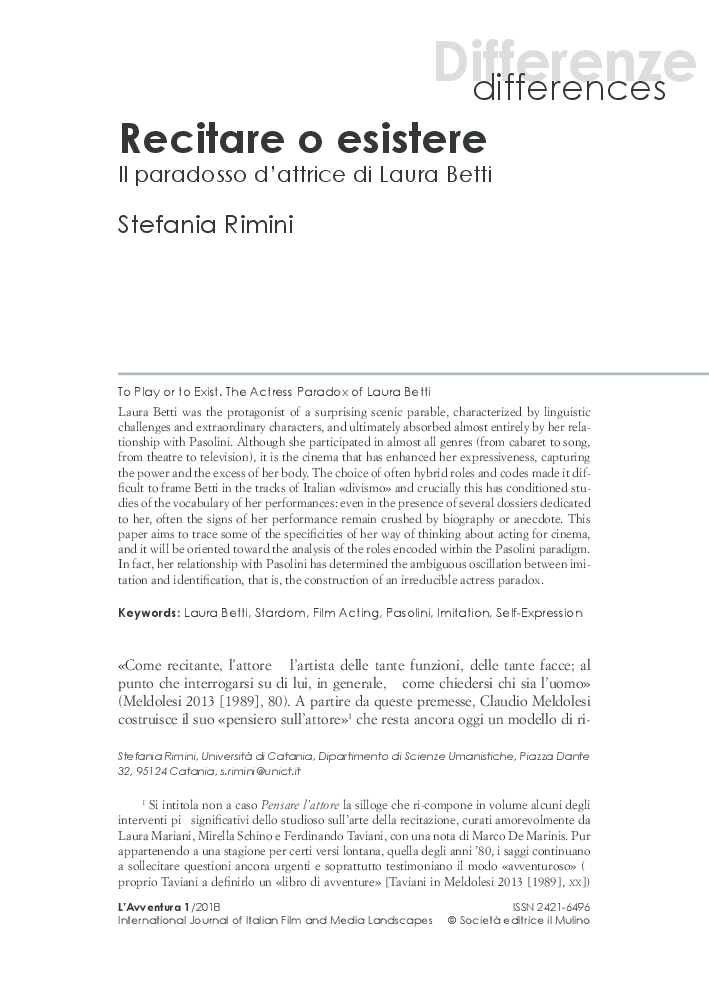