Moving between cinema, television and theatre over a 20-year career, Stefano Accorsi has become one of the most intermedial actor in contemporary Italian cinema. Fan magazines have called him «a true latin lover», but actually he has shaped a model of masculinity that is as varied as it is complex, where the image of the "latin lover", played out also for example in a commercial for Peugeot, contrasts sharply with the portrait of a feminized, anxious and sentimental male ("...Non ci posso credere", "Radiofreccia", "Jack Frusciante è uscito dal gruppo", "Santa Maradona"). This essay focuses on the contradictions inherent in Accorsi's star image: if social networks such as Instagram and author cinema (Provincia meccanica) display a kind of masculinity that is devoid of anxieties about paternity, TV series such as 1992 and 1993 reinforce the link with Silvio Berlusconi's hypermasculinity and hypersexuality: by playing Leonardo Notte, an arrogant advertising consultant, Accorsi's body writes the history of contemporary Italian masculinity. 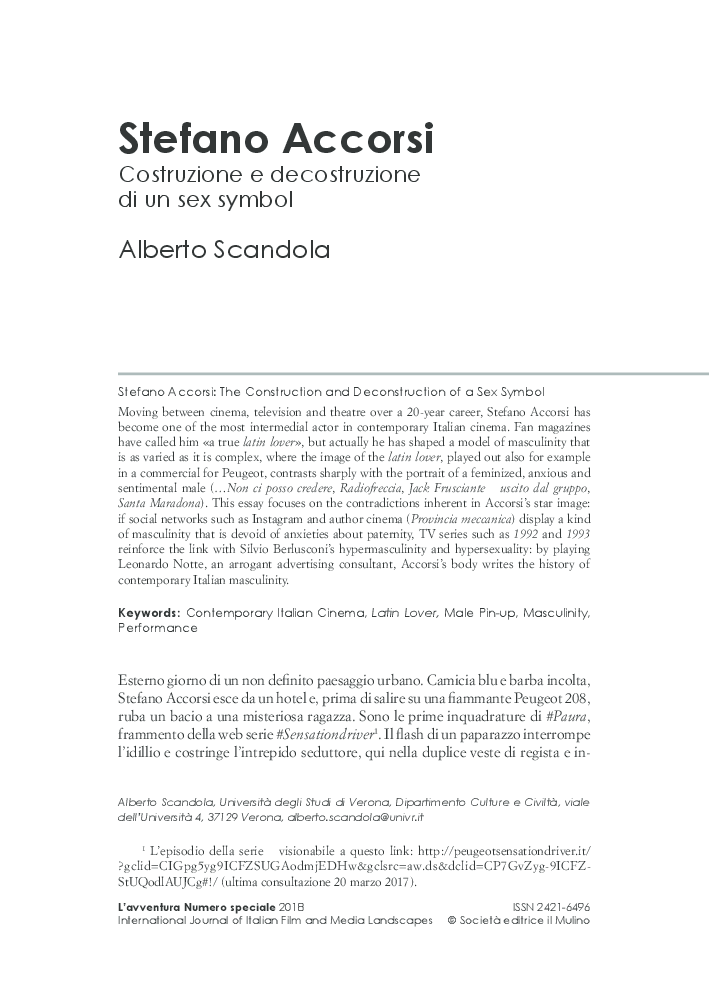