Among the film projects that famed directors never completed - Fellini's "Mastorna", Kubrick's "Napoleon", Coppola's "Megalopolis", Kurosawa's 2The Masque of the Red Death" - Bernardo Bertolucci's "Red Harvest" is certainly one of the most intriguing examples. The Academy-awarded director of "The Last Emperor", who passed away last year, spoke often of the film, after his blockbuster "Last Tango in Paris", and actually wrote two different drafts of the screenplay. He even went to Los Angeles for six months to hire Marlon Brando and Jack Nicholson. He wanted «to make a political movie in America», as he stated in a June 2017 unpublished interview with the author, and chose Red Harvest for its political content. Dashiell Hammett's debut novel, which inspired movies like "Yojimbo", "A Fistful of Dollars" and Miller's "Crossing", was not only about gangsters and blood on the streets, but also told another story that never made it to the big screen: a story of class struggle and of capitalists hiring killers to murder labor leaders. Solidly based on the director's version, this article tries to understand why Bertolucci wanted to tell this story and why ultimately he never did. 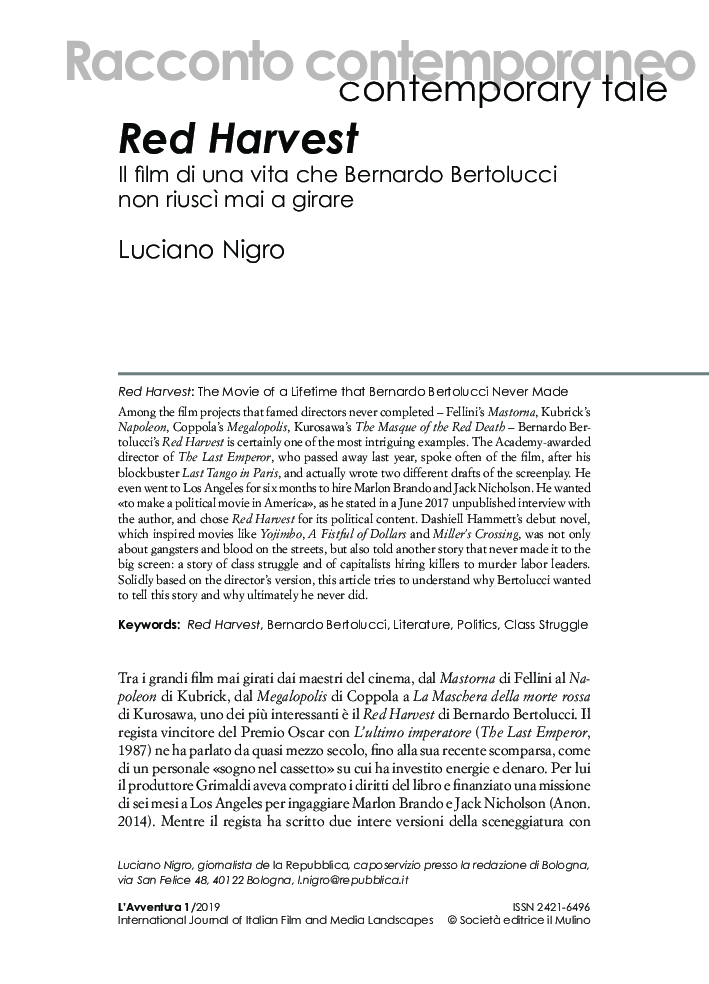