This article is focused on the cinema of workplaces, especially on the production structure of the factory, which saw in the Bicocca district case in Milan a fully-fledged urban transformation. In the early eighties, the entire Pirelli complex began its dismantling process and, as a result, the abandonment of its spaces engendered the redevelopment of the district, from an industrial production site into a space of culture and knowledge innovation. One of the most significant interpreters of this change is Silvio Soldini, with the documentary La fabbrica sospesa (1985). Like Milan, other northern industrial cities have also provided the backdrop for interesting social and iconographic investigations, as represented in Ettore Scola’s Trevico-Torino (1973). 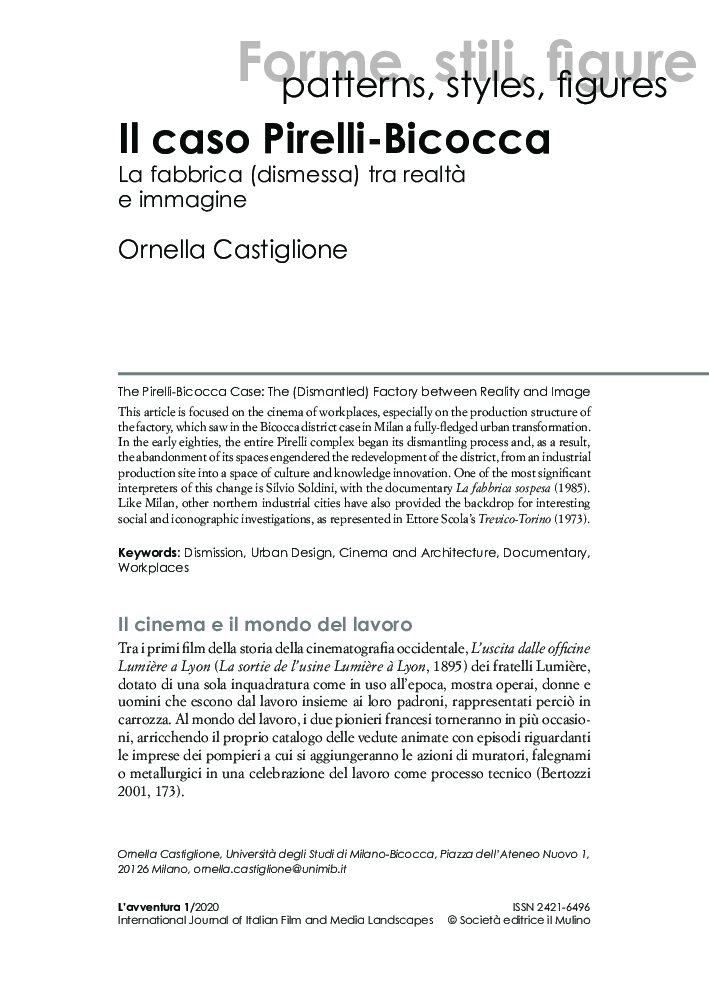