The phenomenon of child actors, in Italy, developed in the late thirties. It was inspired by great successes in America, where the same tendency was firmly rooted in the entertainment industry. Italian cinema popularized a model of the Italian actor whose qualities had already been identified from childhood, through magazines. Their pages narrated the childhoods of many Italian actors. At the same time the spectator-reader began to desire the limelight. This process had two important consequences: new narrative mechanisms were activated in which not only were children’s stories told, but it was also possible to explore reality through their eyes. This also inspired many cinematographic stories that, from the second post-war period, dealt with childhood, the search for success, and the reflected ambition of mother-spectator-readers (the recipients of the message produced in cinema magazines of the 1930s). 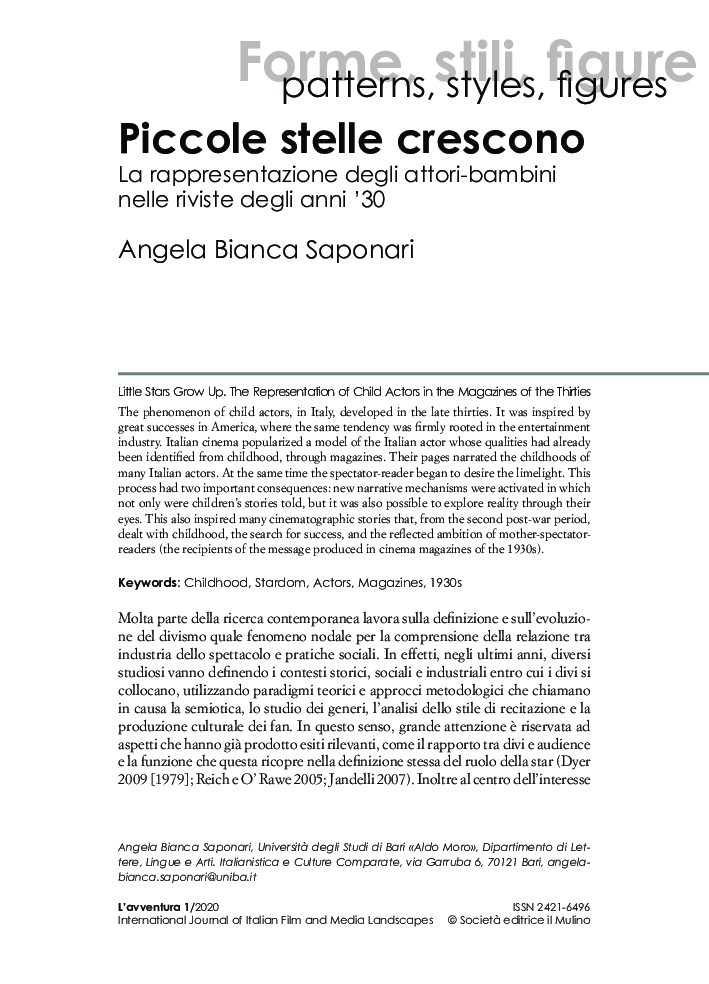