The Italian filmmaker Gilberto Tofano arrived in Israel just before the Six-Day War in 1967. He befriended leading figures of the local entertainment industry and, not long after, he directed the film Siege (Matzor, 1969), with which he gained a place in the history of Israeli cinema. Siege was a groundbreaking work that introduced new themes and atmospheres to the Israeli screen. Distancing himself from the euphoria that took over the country after the conquests of the 1967 war, Tofano created an alternative to those films celebrating Israeli manhood and military heroism. He filmed the story of Tamara – a young widow whose husband was killed at war – as she faces the pressures of a patriarchal society that does not know how to deal with her. An anti-war and a proto-feminist declaration, Siege imports into Israeli cinema the formulæ of Italian cinema and the French nouvelle vague. More importantly, it was this Italian artist who visualized the dangers tied to the military victory: under siege, Tofano’s foreign gaze saw in which direction Israel was heading. 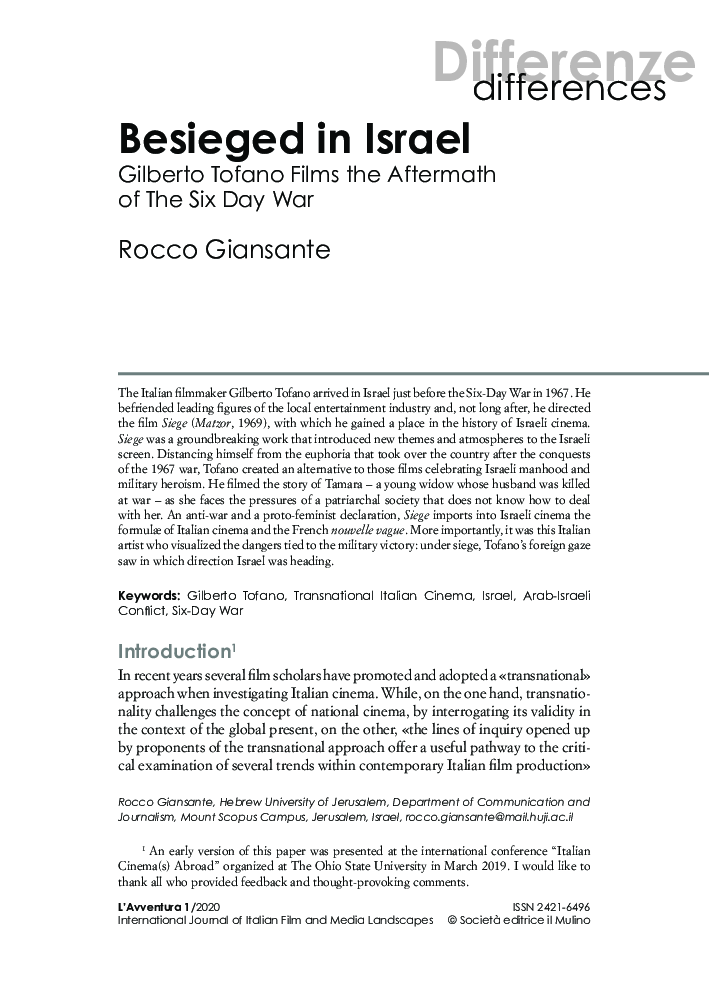