L’uomo in più could be a metaphor of Paolo Sorrentino himself, of his placement within Italian cinema, where he has become a leading figure in the national production of the new century. The «one up» could be read, however, not only with reference to his «playing in offense» (as the protagonist of his debut film theorizes), but also as a prefiguration of his being «redundant», the excess of his aesthetics that sometimes can be taken as self-satisfaction and narcissism. Through the perspective of film analysis and interpretation, the essay intends to re-read a complex work that can be approached from multiple points of view: from mode of production to narrative structure, from gender to psychoanalysis, from mise-en-scène to the star system, not to mention the «identity» of its cultural background and of its geographical and social belonging. 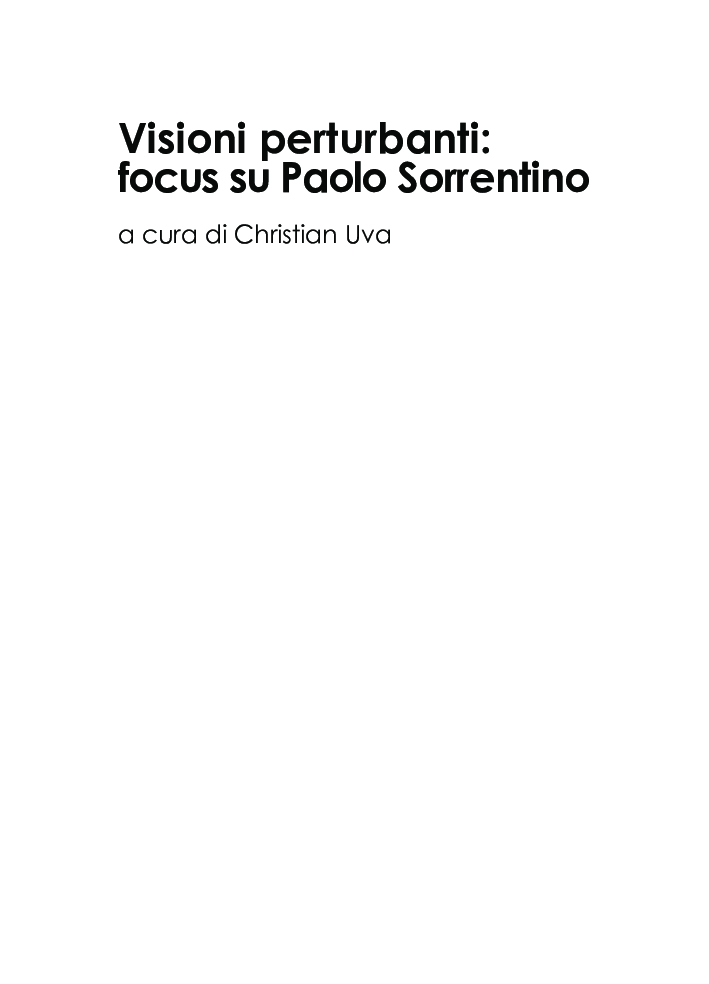