Patrizia Vicinelli (Bologna, 1943-1991) is an Italian avant-garde poet and performer, who has been extensively connected with the experimental cinema practices. Starting from recent studies on the artist’s work, this paper aims at demonstrating, by drawing on period sources and unpublished documents, how Vicinelli’s aesthetic and ethical reflection found in experimental cinema a generative space within which to elaborate new forms of language. Although she is credited as filmmaker in just one film, Vicinelli has found in her relationship with cinema a fertile terrain for her research, where body, thought and action are the root of a new subjectivity in constant transformation. 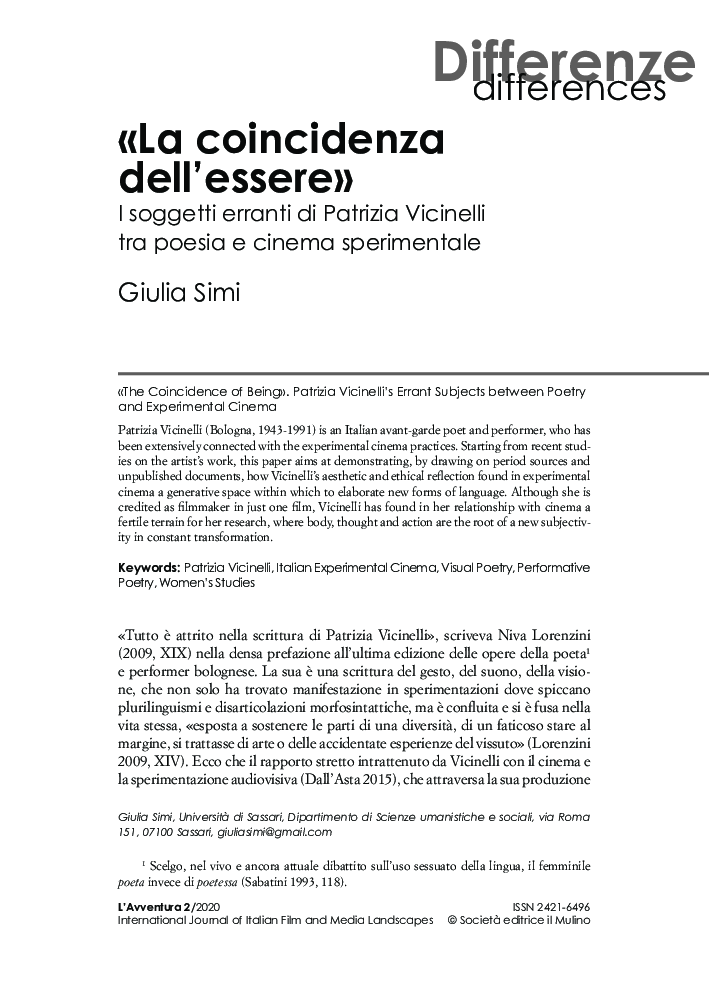