Focusing on the work of photojournalist Rodrigo Pais, this article demonstrates the vital role photography can play as source in the study of the Italian film industry. Between 1956 and 1968, Pais documented the production of over 100 films, both on and off their sets. The analysis of these photographs is accompanied by an analysis of the inner workings of the production companies active in the making of the films that are documented. Three essential characteristics emerge: the existence of a well-established system of creative coproduction, especially between Italy and France; compartecipazioni, or financial partnerships, with American companies; and the appearance of smaller-scale Italian production companies. The aim is to look behind the scenes and to use photography as a source for the analysis of some areas of study: film promotion, pre-production, backstage and the roles of film producers. 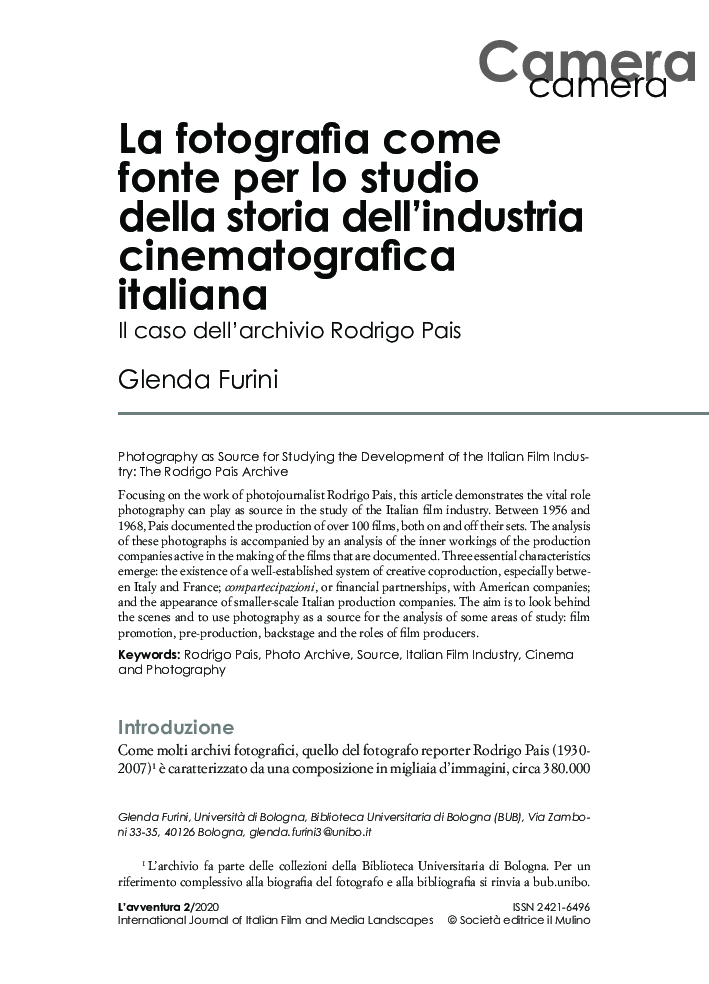