This paper investigates the impact of the strategic deployment of power in the work of Felicetti, the pioneer of the Cinématographe, during the celebrations dedicated to the Savoys’ official visit to Sardinia in 1899. His production exemplifies a cultural trend, which influenced certain forms of representation of the main events of that time. Felicetti’s activity in Sardinia is evaluated in relation to varied forms of expression: snapshots, magazine illustrations, postcards and Lumière vues. These selected visual elements were the favoured means for the transmission of cognitive and perceptive values, and they must be considered as the essential signs of the emergence of a new visual culture. 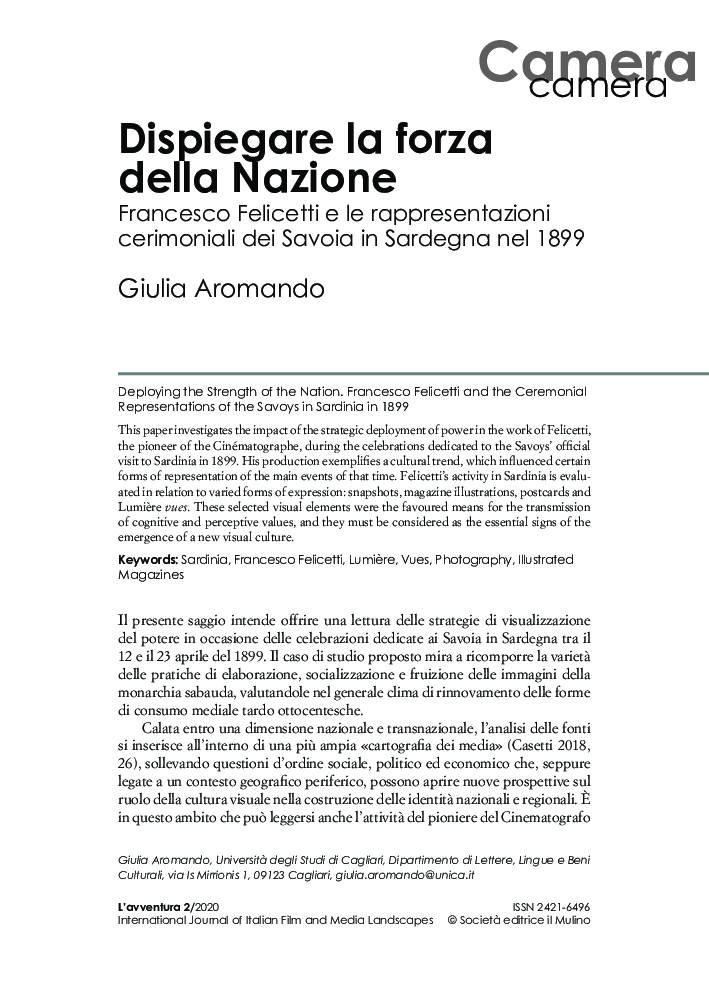