The TV series 1992 was produced by Wildside and first broadcasted by Sky Italia, then by La7 the following year, drawing the attention of newspapers, magazines and media scholars. This article privileges the historical view to understand how television storytelling approaches history. In fact, 1992 represented a break in Italian history: in that year Tangentopoli began and delegitimized the main political parties, revealing collusion between politics and business. With the end of the first Republic, the age of show politics started, first with Bettino Craxi, then with Silvio Berlusconi. The television series is therefore analyzed with the lens of history through three main perspectives: the triumph of private life, the monopoly of television as a vehicle for representation, and body culture. 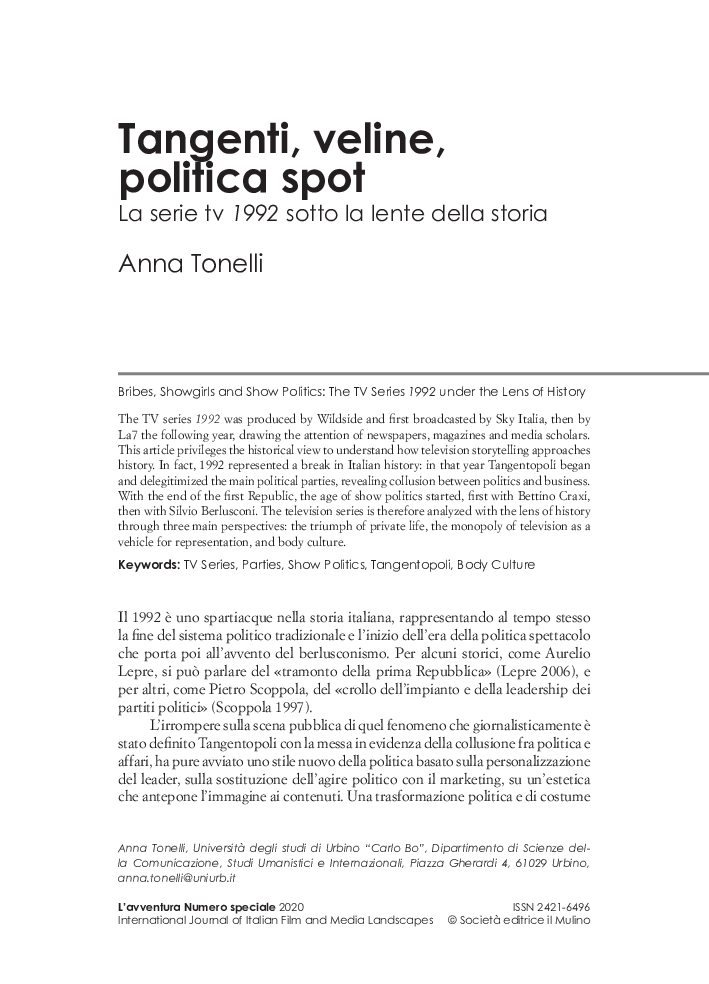