Keywords: French Revolution and Goethezeit; Idealism of Freedom; Public Space of Reason; Freedom of Expression; Education of the Masses.

The paper examines how, during the so-called "Goethezeit", German classical philosophy develops the relation between a metaphysical idea of freedom, human natural rights and political philosophy, reacting to the different phases of the French Revolution. Viewing these philosophical reflections on concrete institutional social relationships from the standpoint of the public and private use of reason reveals significant changes which, between Kant and Hegel, transform the notions of ethics, freedom and "idea"; and likewise approaches to the will's determining factors, in view of the post-Kantian anthropological, aesthetics and educational revolution, with an unexpected impact on the late Kant. 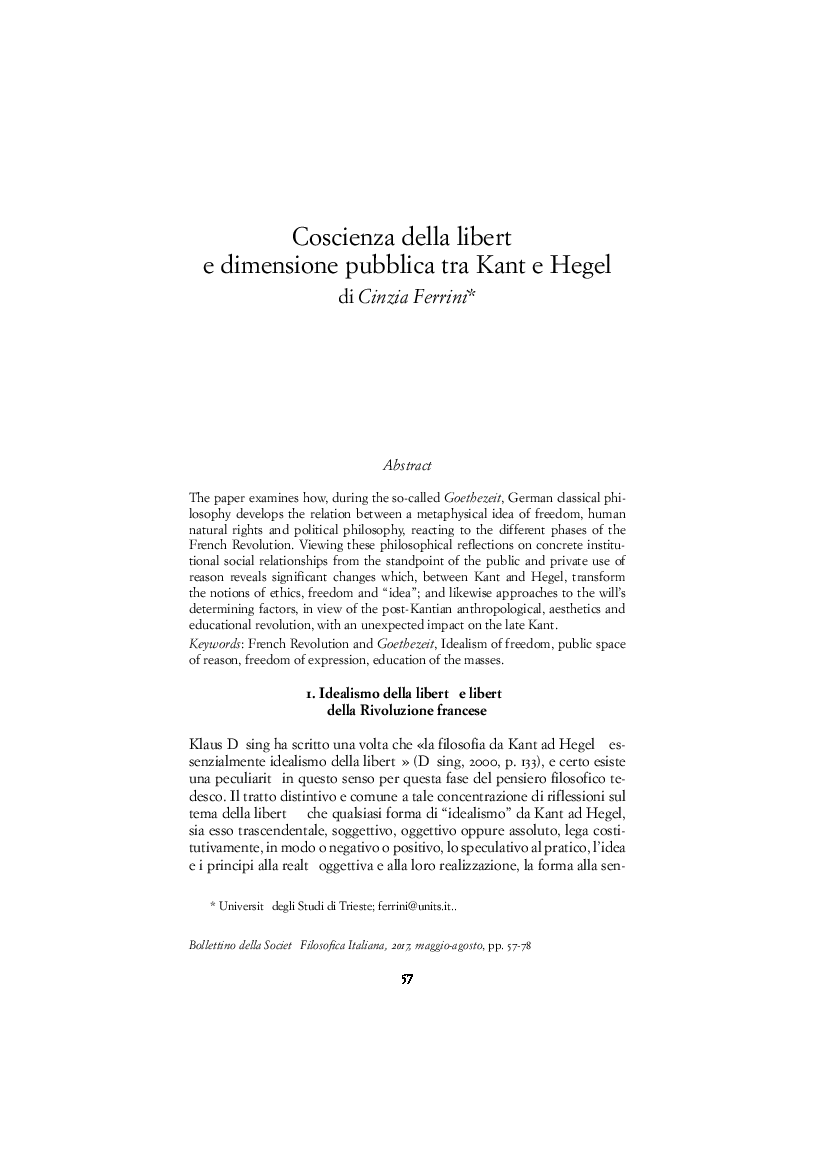