The essay describes and analyzes the emergence of new professions in the sector of home automation, the so-called domotics, paying particular attention to energy savings. After introducing the main topics, the paper focuses current and future domestic scenarios, emphasising that the development of home automation technology is part of the inexorable growth of the socalled digital economy, which places increasingly high-performance, economical electronic devices and systems within reach of the general public. This trend is creating new jobs: ICT specialists should also be able to address the consumers. The future scenario is described focusing on the energy problem, for which domotics represents part of the solution, though a broader response, leading to a revolutionary change in mentality, both individual and collective, is also needed. 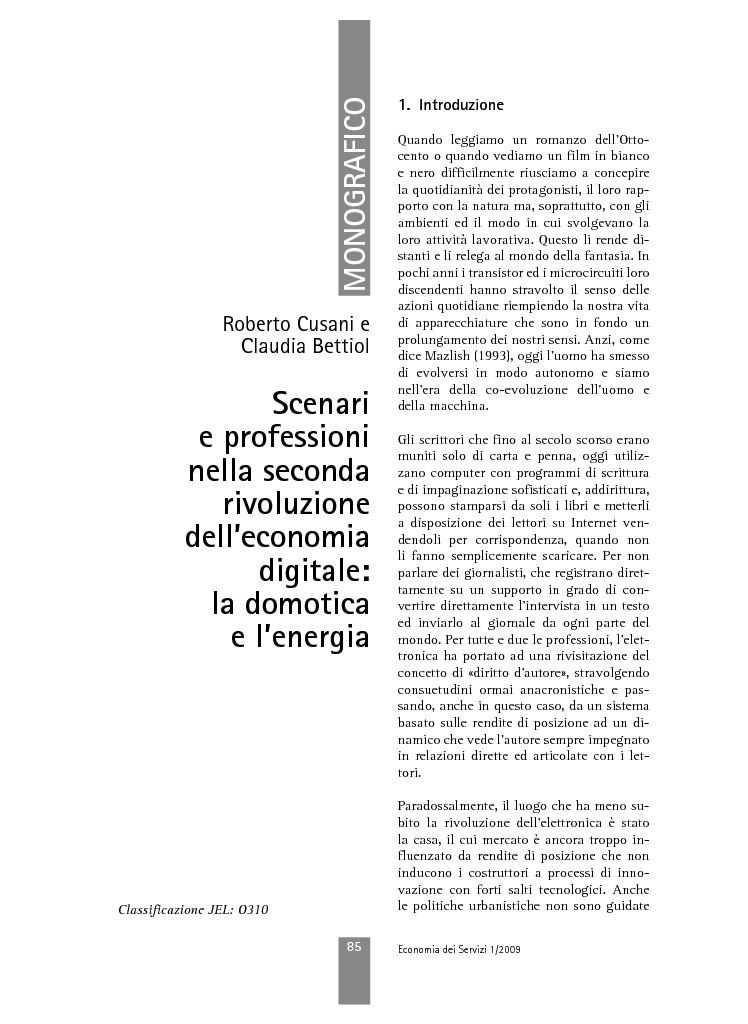