The relation of static, descriptive phenomenology to genetic, explanatory phenomenology is the hidden and important presupposition for the answer to the following question: How is the constitution of the world in general possible? With it come two constitutive horizons in question: a static horizon, which builds the prevailing and remaining background for the perceived thing, and a genetic horizon of the timely reconstruction of our experiences, without which the former would not be possible at all. This reconstruction brings us to the concept of associative original genesis, in which the passive, empty retention turns its focus primarily to a near future, to protention. This synthesis builds the original structure of the life interests of the monad. From the point of view of static constitution everything is a return-to-the-stage, a staging, which can only develop itself if retention is awakened by the potency of the future, which leads us into borderline problems such as the inner history of consciousness, of sleeping or of being awakened, and of the unconscious. 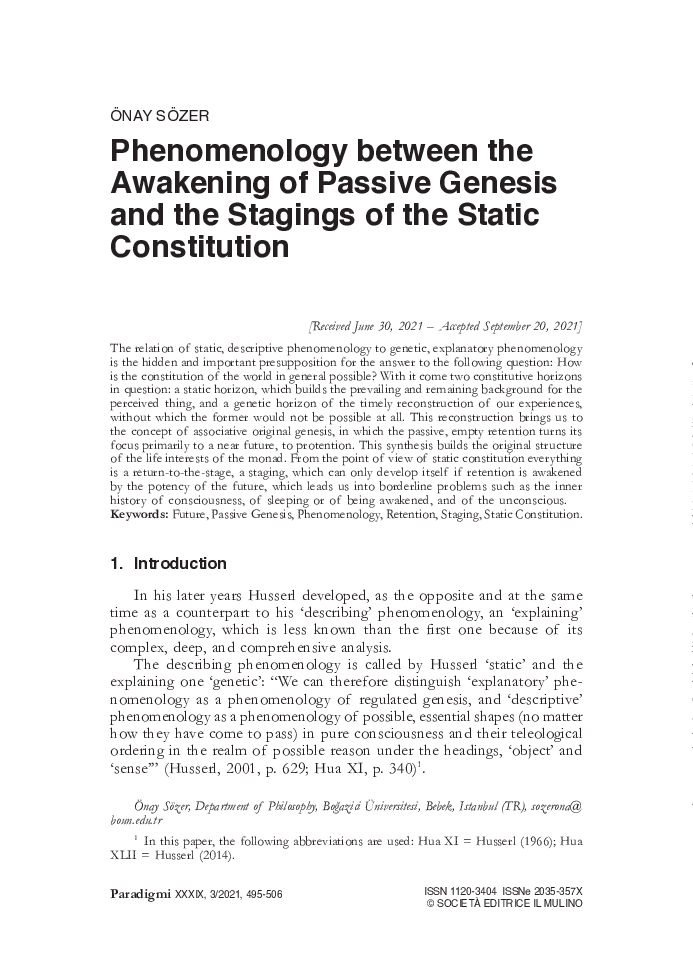