The naïve intuition that languages are different, and that each of them offers a “vision of the worldµ, becomes an unscientific statement – opposed to a universalism – save as it is explained in the framework of a theory of language and languages. The 20th century crusade against the pros and cons of linguistic relativity often misunderstood the hypothesis by Humboldt, Boas, Neo-Humboldtians and even by Sapir, emphasizing a “Whorfian relativismµ flowing into a trivial determinism. To clarify the origin of this question in modern linguistic thought and its theoretical interest for linguistics and cognitive research, I will explore the 19th- and 20th-centuries roots of linguistic relativity, from Humboldt to the Neo-Humboldtians, briefly outlining its widespread persistence in European structural semantics. 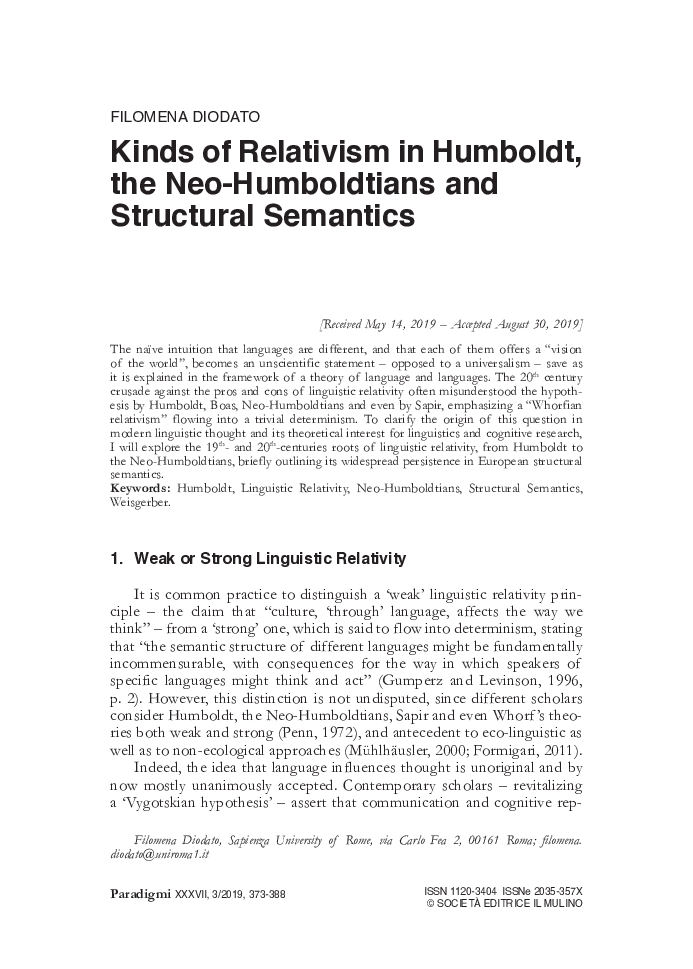