Among the languages which humanity speaks and has spoken, is there one which in its vocabulary, structure, etc. is intrinsically closer to or more suitable for philosophy than any other language? This question, which would have been foreign to the Greeks and to their philosophizing, has come to the fore at various periods and junctures in the history of ideas: for example, during the time when philosophy was being spread through the Latin-Roman world; or when, in the early modern period, philosophy started to be done no longer in Latin but more and more in the so-called vulgar or vernacular languages (French, English, etc.); or again when, during the 20th century, for many philosophers an interest in language became, if not exclusive, certainly dominant, giving rise to what has been called the “linguistic turnµ. In this essay, some significant moments in this story are illustrated with particular attention to the positions adopted by Descartes (in relation to French), Heidegger (in relation to Greek and German) and by the philosophy of ordinary language (in relation to English). The aim is to show that the response which a philosopher gives to the question of the language of philosophy reveals not only what idea of philosophy he is guided by, but also the cultural (or, in a broad sense, political) role he or she assigns to philosophizing and what audience is being addressed. 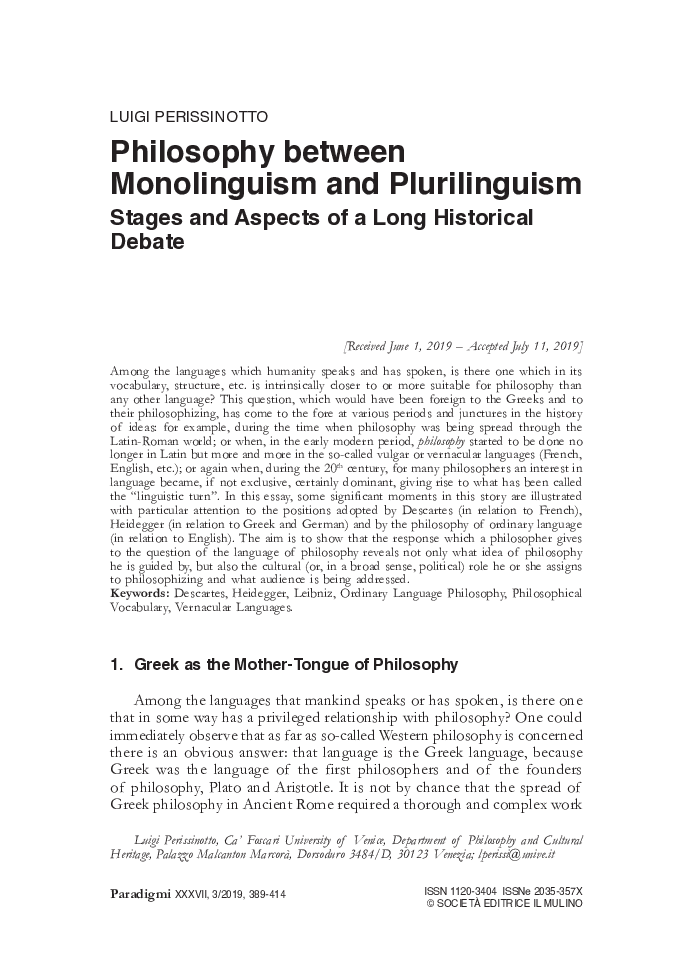