This paper aims to shed light on the terminological and conceptual area around linguistic relativity (nowadays a mostly empirically conceived problem), namely the relations with relativism as a philosophical position. Throughout history and up to now there has been a degree of confusion in handling the terms ‘linguistic relativity’, ‘linguistic relativism’, ‘linguistic determinism’ and the like, all in a more or less conscious fashion. Here it is clarified that linguistic relativity, at least as construed by the recent Neo-Whorfian literature (but also in some important sense, from Whorf ’s own point of view as well) is not, by definition, the same as linguistic determinism, but neither is a form or relativism. On the other hand, relativism, maintains the recent philosophical literature, is a family of theses that share a number of common features even though a single defining core is not easily identifiable. While linguistic relativity does have some connections with some of those features, to make it collapse into an easily dismissible kind of relativism is a crucial misconception of the nature and scopes of such an idea, i.e., that different languages have a different bearing on speakers’ cognition and actions. 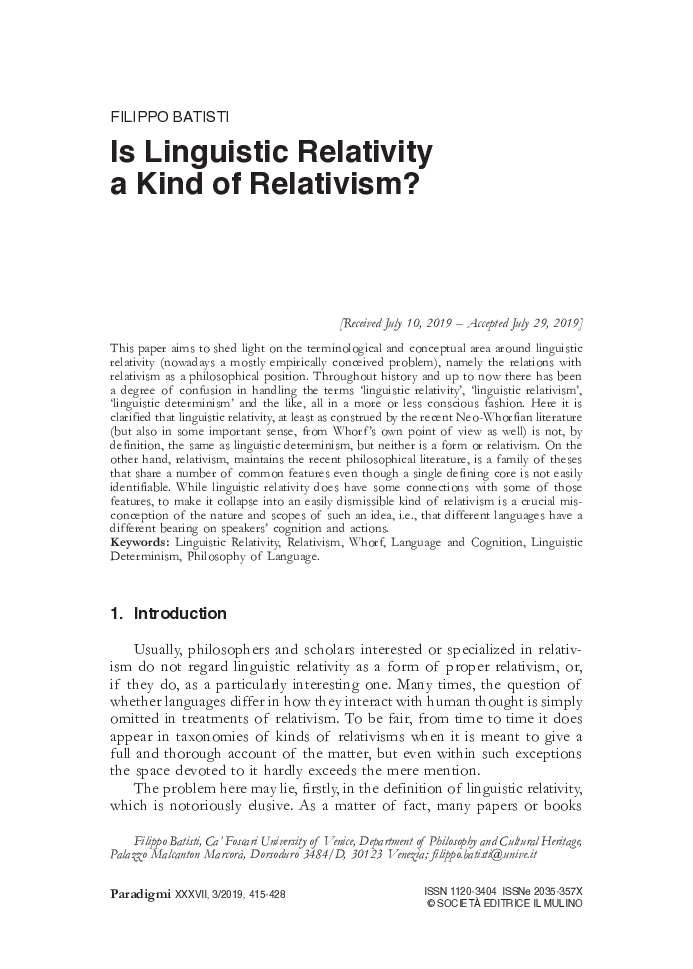