Language can be considered a device for communicating about what has been dubbed mental time travel – the capacity to replay past events, imagine future ones, or construct purely fictitious episodes. Like language itself, mental time travel is widely assumed to be uniquely human. I argue to the contrary that it has a long evolutionary history. This argument is based partly on behavioural evidence from nonhuman species, but also evidence on the hippocampus as the hub of mental travels in both humans and rodents. Language itself evolved much more recently for the sharing of mental time travels – and of imagination more generally – and depended on the emergence of theory of mind and the development of output systems to map onto internal processes. Contrary to ideas that communicative language evolved in a single step in Homo sapiens, I argue that the critical period was the Pleistocene, with the emergence of bipedalism and more peripatetic modes of existence. 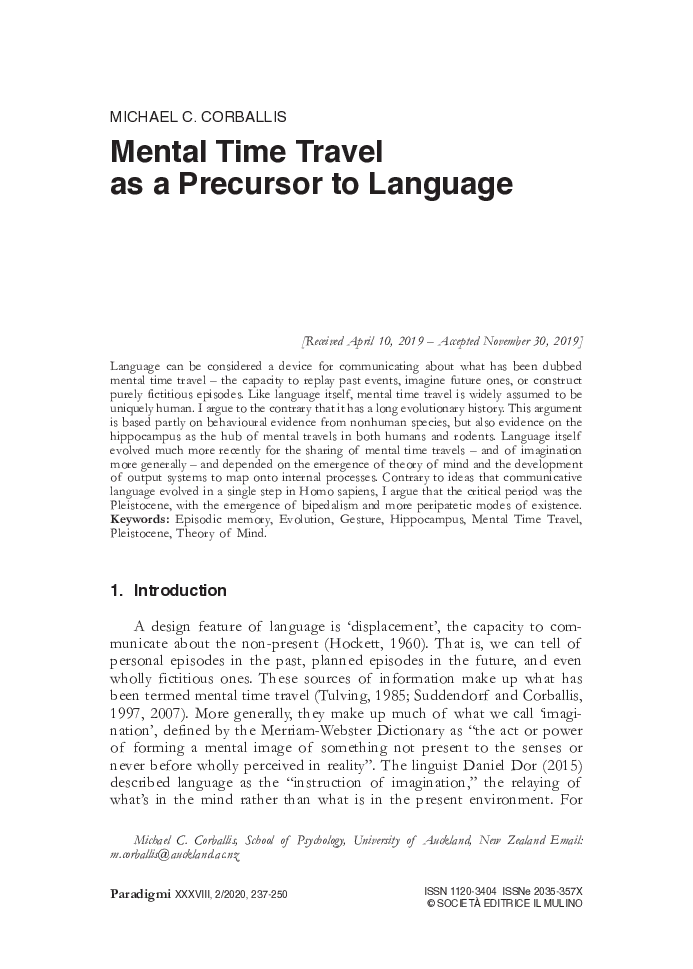