The aim of this article is to offer a synthesis of a specific topic within the broader field of 12th century logico-linguistical theology: the strict connection which exists, in the theological works influenced by Gilbert of Poitiers or Porreta (d. 1154), between the theory of theological language as a radically improper one and a singularist version of the metaphysic of participation. According to this metaphysics, everything which is, is, and is something, by participating to a form; existing things as well as participated forms are all singular; and, therefore, nothing is universal. We will try to describe this Porretan paradigm by referring to the anonymous treatise Invisibilia Dei. 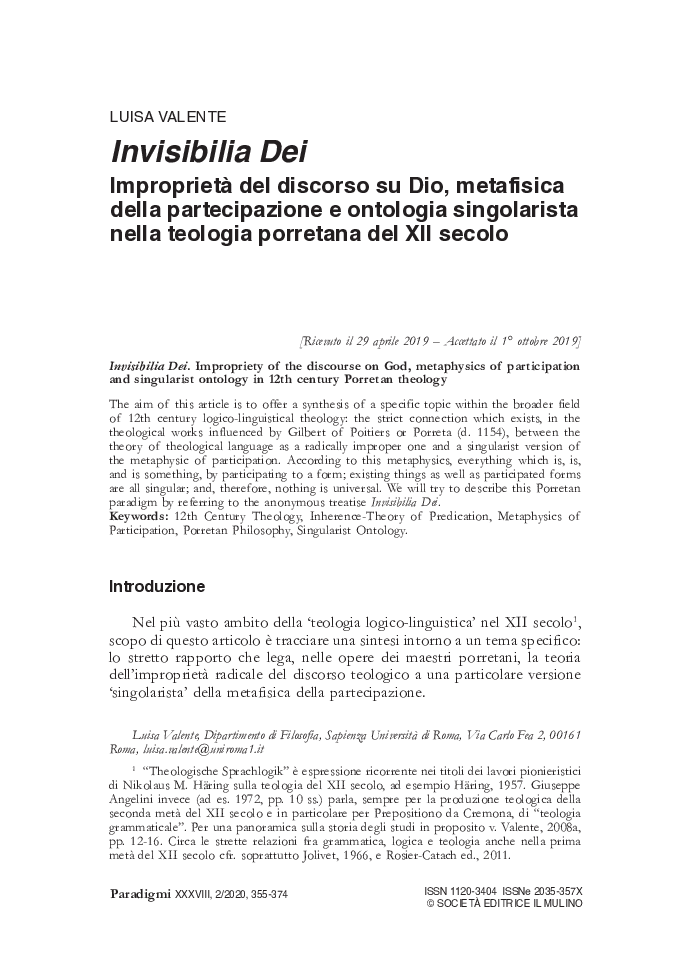