This article examines two questions which are inherent in the study of New Monastic Communities: their relationship with tradition, from which they draw their inspiration, and their relations with monastic and ecclesiastical authorities. These «new monks» consider themselves to be descendents of monasticism, but this relationship lacks any historical basis, thus emerging as the result of an imaginary creation process of the affiliation bond. Such a process - named the «reinvention of tradition» - is one of the ways in which the dynamics of religious innovation are expressed in modernity. From an analytical point of view, two dimensions can be traced in it: appropriation of the tradition on which identity building is based; innovations that reinforce the originality of the new form and demonstrate its protesting character. While the former involves the legitimate heirs, the latter often arouse the mistrust of the ecclesiastical hierarchy responsible for recognizing the new foundation. 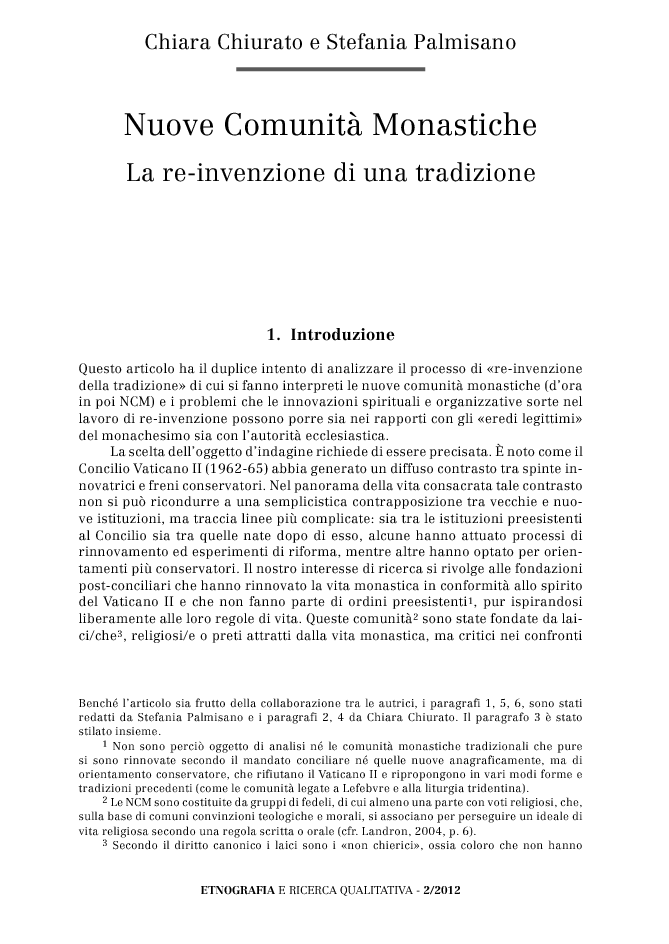