This article presents an ethnographic study of the small town of Loppiano (Tuscany, Italy), one of the 33 cities built by the Focolari Movement, the first Catholic ecclesial movement and one of the largest, founded in 1943 by Chiara Lubich. Loppiano strives to function as a realized utopia. Weber's concepts of virtuosity, asceticism and mysticism help to measure the distance - or the relative closeness - between the original religious message, the actual circumstances of village life and the aims of the community, which declares to be open to all people independently of their religious beliefs. Focusing on the village's economy makes one of the community's goals apparent: transcending the religious enclave in order to extend the movement's spiritual project to the global world. 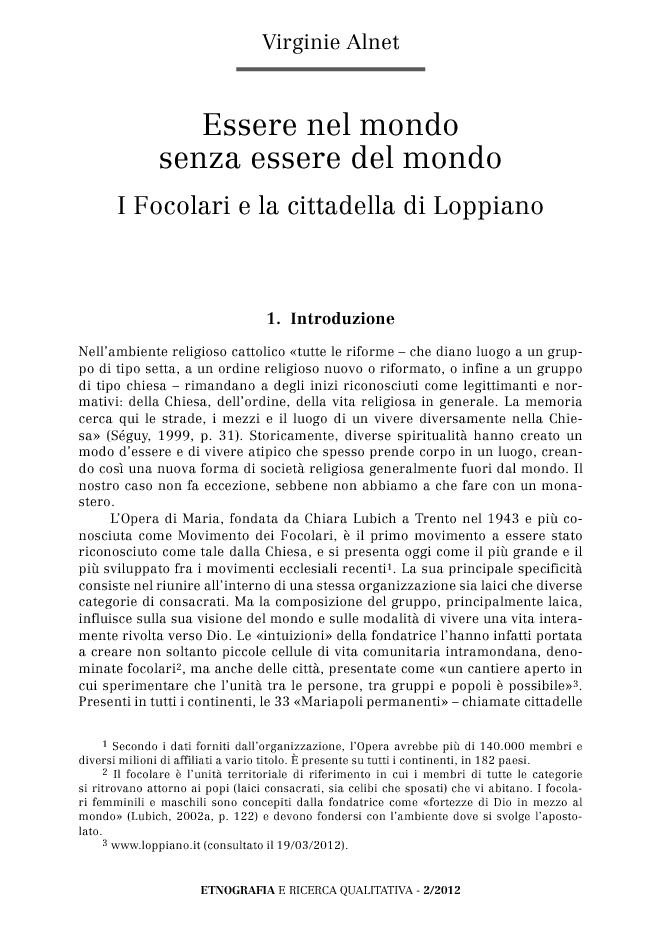