The article takes up the concept of «communicationism» – introduced by Barisione in the previous issue of ComPol – and describe some other causes of its questionable success. In addition to this concept, we use Bourdieu’s concept of field, which allows us to analyze how the peculiarities of historical contexts, and those of the main social actors who have inhabited the field of communication, peculiarly that of political communication, have conditioned the studies on political communication and the academic educational offer. The increasingly close relationship between the political system, the media system and the world of communication consultancy has also conditioned the world of research, both for the centrality that politicians, journalists and consultants have in the construction of public discourse, and for the late and confused academicization of communicative disciplines. All this has impacted on the construction of a field of study with a considerable number of spurious elements, what Barisione calls «communicative reductionism», which explain sometimes simplistic approaches. Communicationism can be considered a kind of prophecy that is self-fulfilling due to a persistent trivialization of communication processes made by the political system and the media system, to which research should reply with an adequate plurality of voices aiming at producing the comprehension of the reasons why it is necessary to produce new paradigms, useful for explaining what is happening in this world full of facts and subjects that we call the communication society. 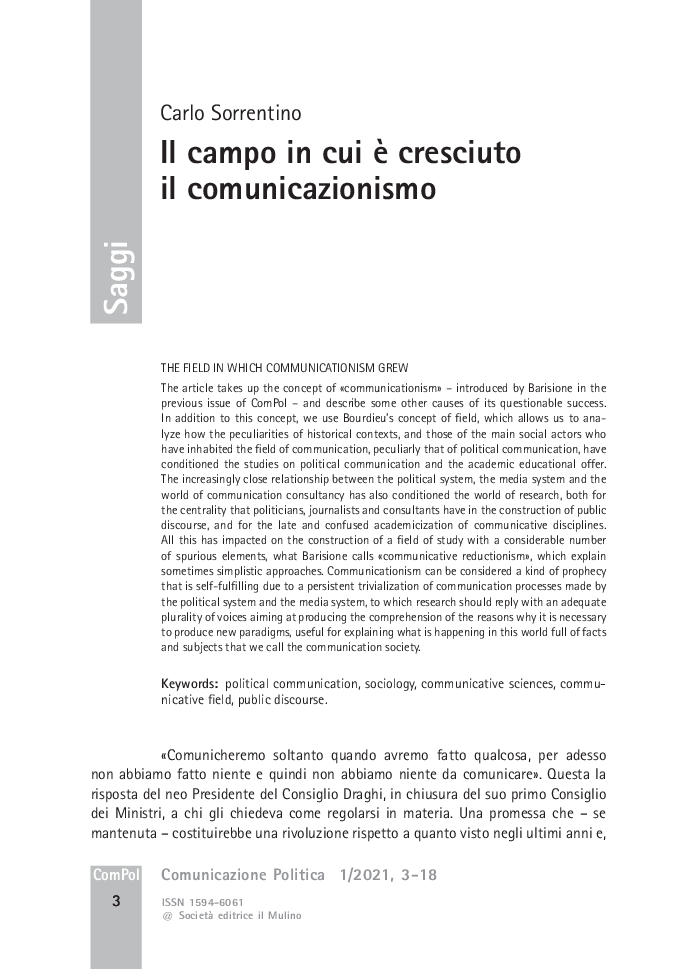