The rise of the movement led by Beppe Grillo was at the beginning extremely slow, as it happened for the Lega Nord of Bossi. Albeit the deep articulation of their political programme, two were the main issues that brought the two new political movement to the electoral success: the crisis of the traditional parties and the strong repulsion of the electorate against the so-called «casta», the political class as a whole. In the early years, MoVimento 5 Stelle (Five Stars Movement) was chosen by two main types of electors: those coming from a previous closeness with the left wing, deluded by the traditional parties belonging to that area, and those who were previously not interested in politics, now eager to participate in the policy-making. After the electoral boom of the last two years, the actual composition of the M5S has reached a larger variety of electorate: together with the old types, in the recent days many citizens coming from the right wing have in fact chosen the movement. In order to let the M5S last for a longer time, its leaders must quickly learn a new capacity to talk to the different souls, to avoid a fast conclusion of their political adventure. 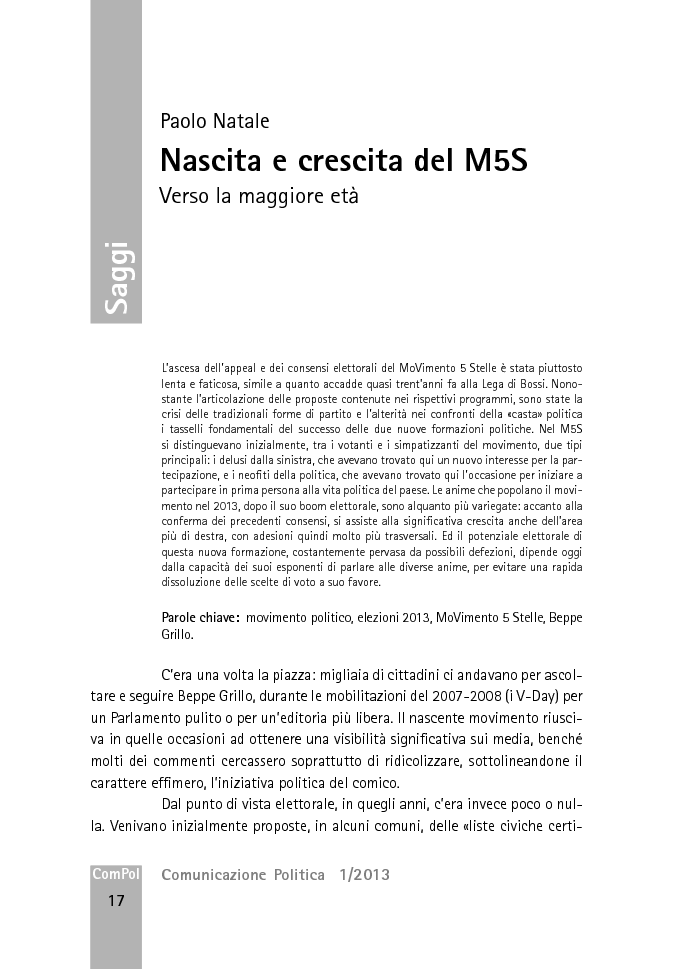