The unexpected electoral result achieved by Beppe Grillo in May 2012 local elections was immediately described by the media as a «boom». Between the first election day and the run-off, that confirmed the solidity of the phenomenon, a great deal of attention was given to the Movimento 5 Stelle (M5S) and to its leader who described himself as its «spokesman». Together with the media attention, called to deal with the unexpected result, there was an explosion of citizens' attention, especially on the Web. In the time span of four weeks, more than 150,000 tweets were posted about the topic. The statistical analysis of a significant sample of tweets has allowed to detect and retrace the communication streams among the users, and also to let emerge a substantial balance between a broadcasting model and a conversational model. On the whole, the data confirmed the nature of «third place» ascribable to the social networks - many citizens had the opportunity to take the floor and comment on the sudden electoral success of Beppe Grillo - but, at the same time, showed how conversations develop inside networks made by subjects who share similar features, confirming the applicability of the homophily principle also in the Italian context. 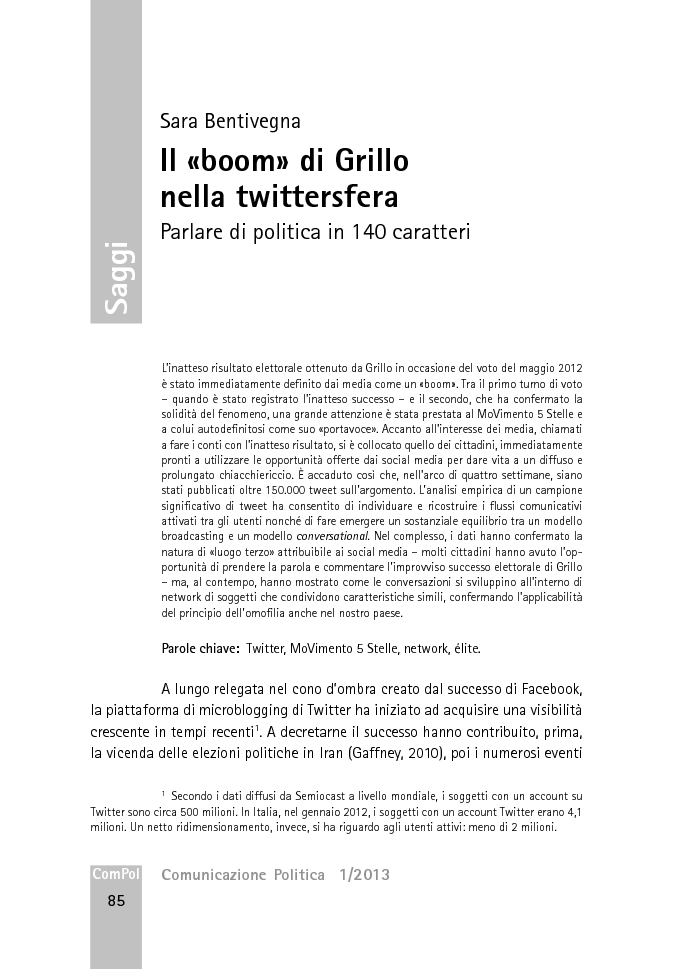