The article analyses the social image of Movimento 5 Stelle. The point of view of voters is taken into account studying opinion poll results in a longitudinal perspective. The authors focus on three basic points for the future of the MoVimento: a) the alternative between political proposal and antipolitical protest; b) the capacity of government at local or national level; c) the relationship between the electoral base and the leader. The study highlights that the MoVimento is a heterogeneous subject, ambivalent in many respects. The public opinion, as a whole, sees it especially as a protest political subject. Yet, the MoVimento is also appraised as able to govern at local level but not at national level. This particular opinion is also widely shared among the MoVimento's supporters. Moreover, with the expansion of its electoral base in 2012, citizens with diverse political culture joined the movement. New supporters, most of them former centre-right parties' voters, suggest a different attitudinal orientation in regard to the relations between society, politics and leadership and also a diverse model of media consumption. 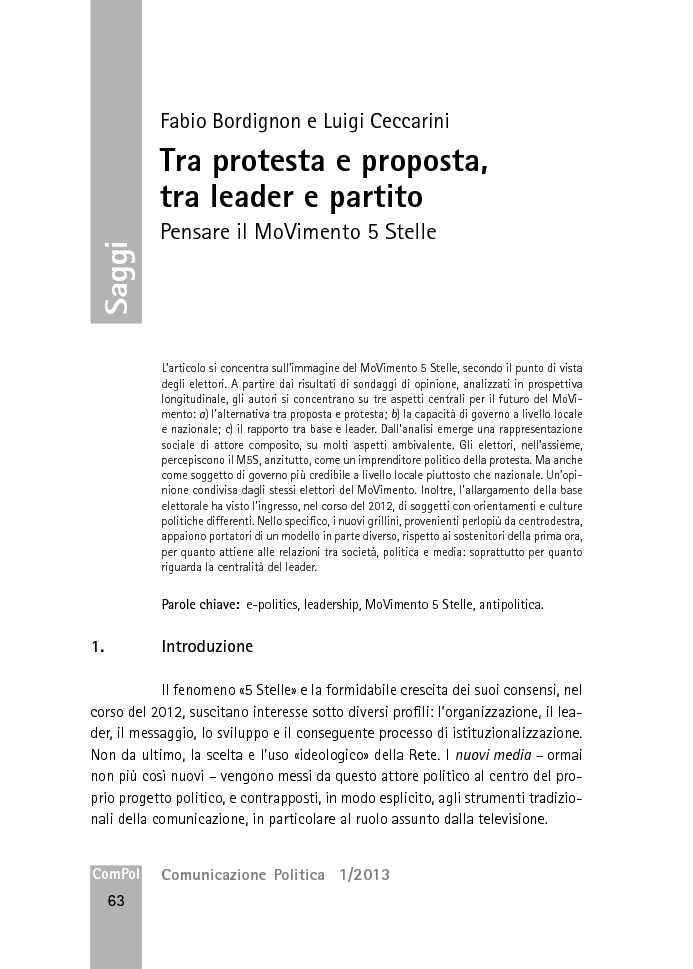