The financial crisis that began in 2007-2008 displays certain singularities in Spain in terms of the type of risks, the credit institutions and the relative weight of the «caja de ahorros» savings banks in the Spanish financial system. In order to correct the deficiencies observed since the start of the crisis, sweeping reforms have been undertaken in the system's regulation. Despite the importance of the measures adopted from 2009 to 2012, Spain has found itself forced to request financial support from the EFSF to recapitalize its banks. The conditions for the financial aid were set out in the MoU of 20 July 2012. In compliance with the terms of the MoU a new regulatory framework has been approved for restructuring and resolution of banks and important steps have been taken to transfer distressed assets to an asset management company, SAREB, that may be likened to a «bad bank». 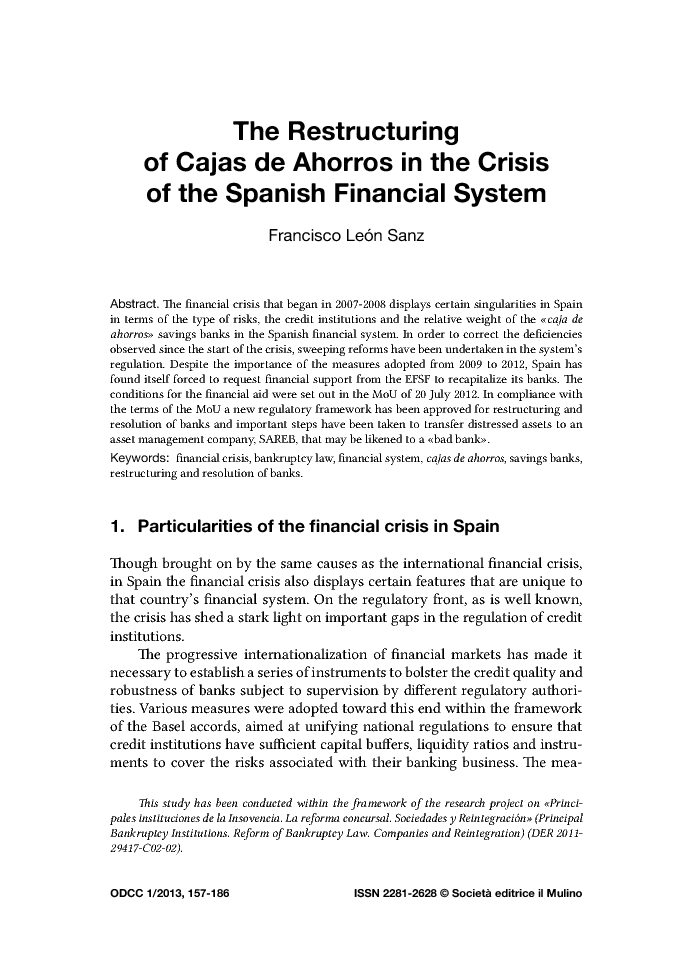