The article charts the terrain of dissimulations, lies and partial unveilings I moved through while conducting research in Sri Lanka in the prolonged wake of the Asian tsunami. I begin by delving into the dynamics of personification associated with figures of the Buddhist pantheon and popular religiosity suspended between benevolence and malevolence, such as the iridescent demon-god Māra. Similarly to the relationship between Buddha and the mutant beings sharing the same ambivalent domain as Māra, the anthropologist was likewise called on to both malleably incorporate deceptive illusion and to unmask it. The article goes on to outline the effects of the researcher’s efforts to navigate the gateways of purification and control identified by local idioms of sacredness and kingship as a remedy to the pitfalls of samsāra (and thus ethnography). The anthropologist, with her moral ambivalence, thus lent herself to a kind of co-dramatization with the power to take up both the «poisons» of and the «antidotes» for the divine-demonic potential unleashed by research. This experience raises interesting points of reflection about the meaning of analogy in anthropological knowledge and the relationship between the occult and (un) speakable as metaphors for fieldwork. 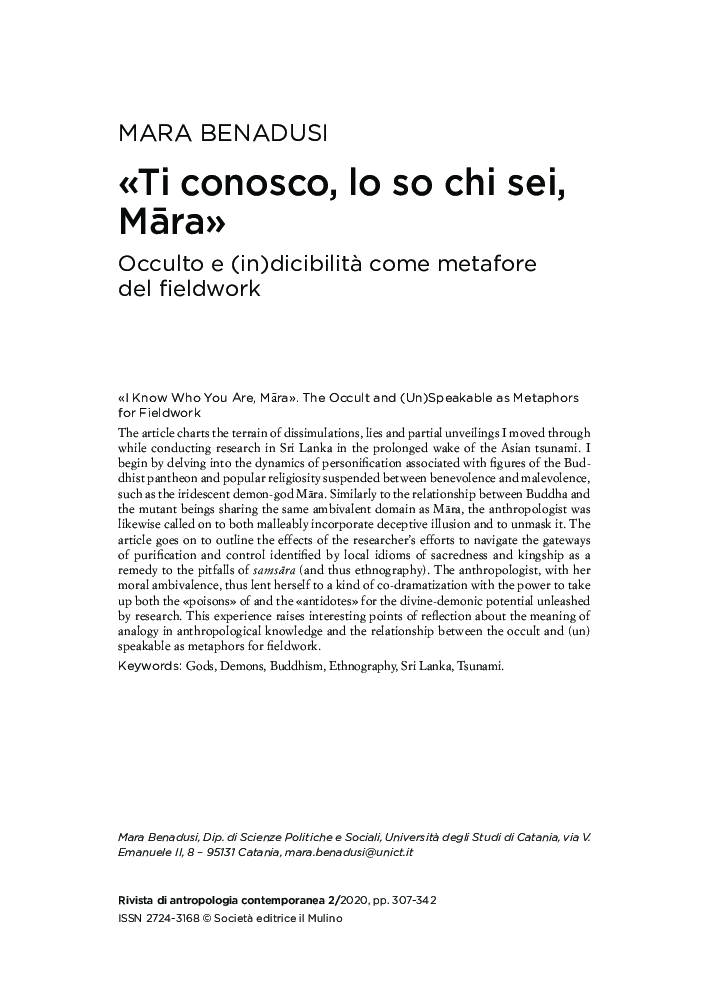