When Traian, as governor of Germania superior, received the news of his adoption by Nerva in Mainz in the autumn of the year 97, he did not go immediately to Rome, as one should have expected, but to Germania inferior. The reason for this strange behavior has not been investigated for a long time. But diplomata militaria published in the last decades reveal why he acted this way. A particularly close relationship had developed between the army in Germania inferior and Domitian, which found expression in the title exercitus pius fidelis for the entire army. Since after the assassination of the emperor the army feared that it would no longer be recognized as an army loyal to the emperor because of this special connection, a tense atmosphere developed that could become dangerous for Traian’s future rule. Therefore, Traian moved immediately to Germania inferior. The result was that the army kept its distinction, which was kept in all imperial documents in the following decades. Through this diplomatic action of Traian, the crisis could be solved. 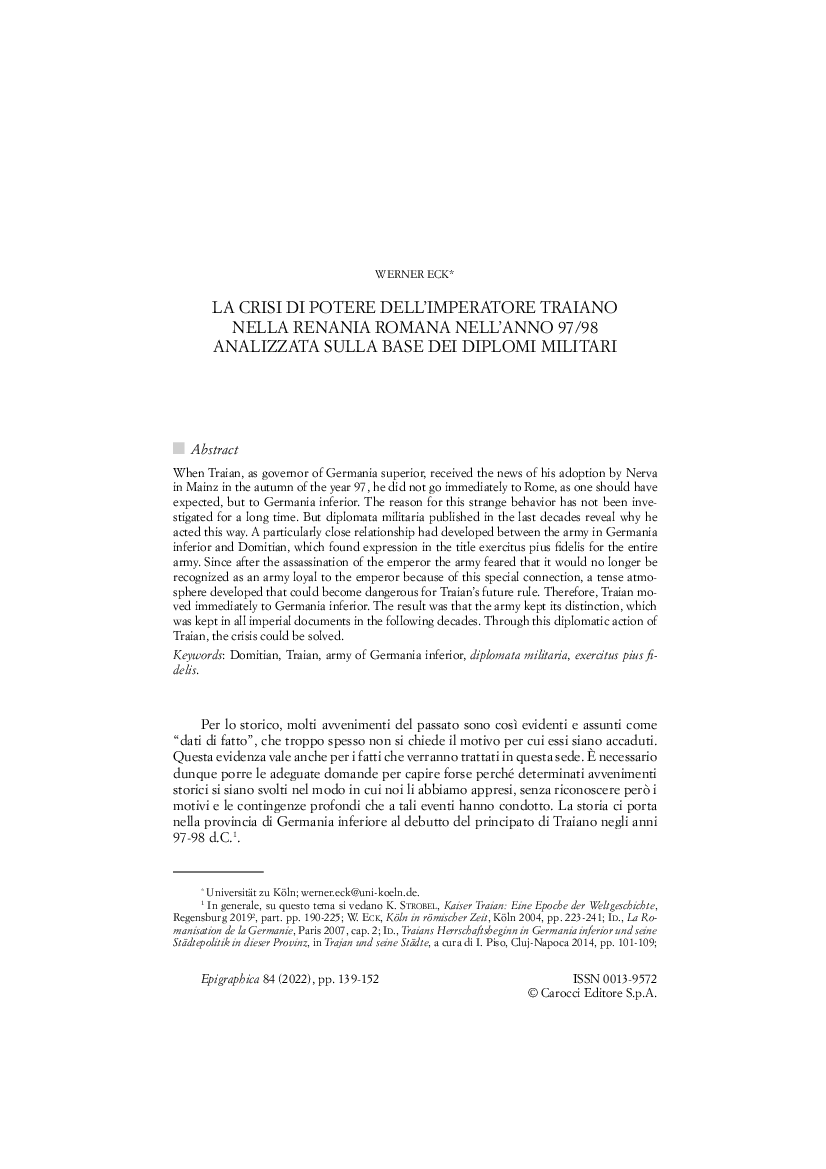