Wondering about the apparently marginal presence of Augustine in Dante’s work, numerous scholars have individuated its cause in the negative judgement on the Roman Empire and in the affirmation of the supremacy of spiritual power presented in the De civitate Dei. Considering the coeval debate, my contribution aims at demonstrating that Dante’s relationship to Augustine can not be reduced to any form of refusal or indifference. Actually, taking advantage of the ambiguity of some passages, isolated from the original context, in the Monarchy Dante begins a close confrontation with the De civitate Dei, which thus appears as a key reference in order to understand many crucial points of his historical and political thought. 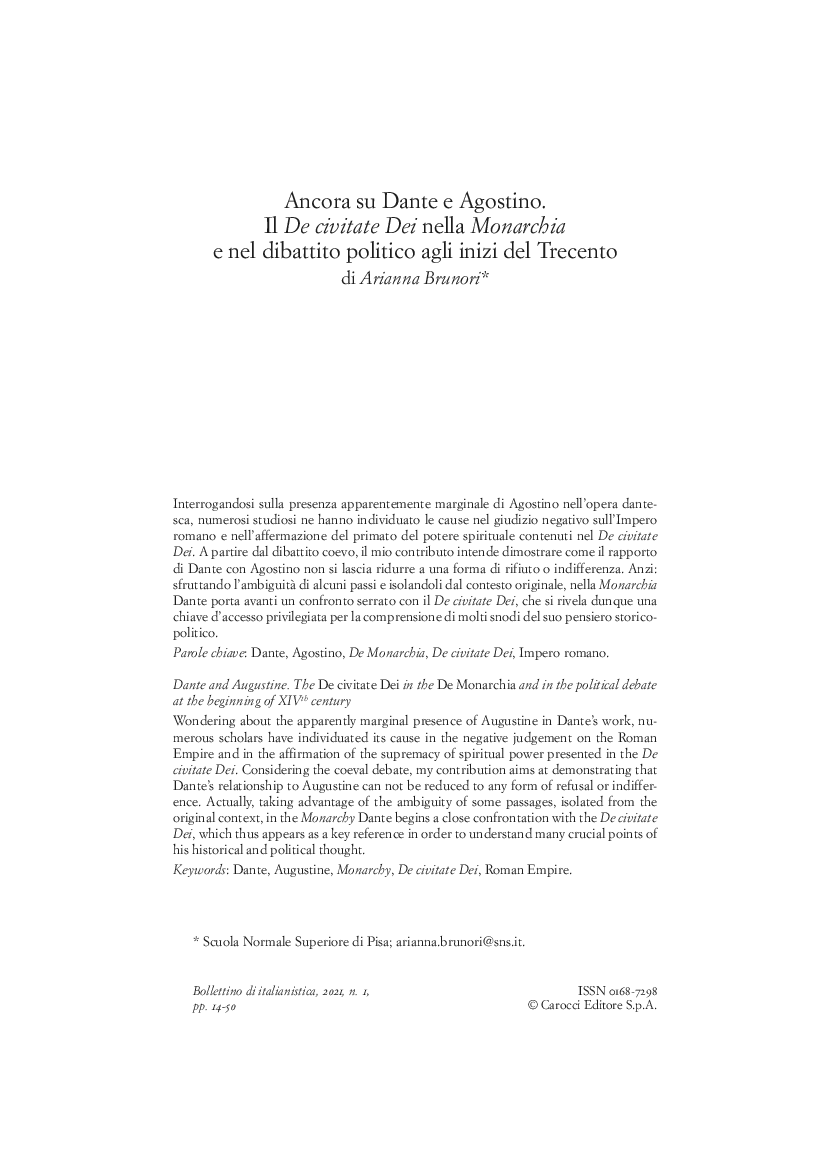