The essay aims to cross the Italo Calvino's The Castle of the Crossed Destinies, focusing the role of the forest, nature as a place of evolution, as the place of unknown things, the root that draws the maze and therefore logic. Through the woods takes a different procedure, not a discovery: it is an evolution's process. In fact, you enter an unknown territory but at the same time fruitful, the power of speech loses value, and technical reproducibility is meaningful, because of images, and the combinatorial game tied to them. Proceeding to a remote comparison with the recent fairy tale republished by Mondadori (The forest-root-maze, Mondadori, Milan, 2011), we read the work that has, as its center, the castle from the shadow of its walls, from an outside perspective, as from the tree inhabited by Baron Cosimo Piovasco of Rondo. In this way, it is possible to recognize the generative power of the forest that turns the ability to speak, gives power to speech, and attitude in narrative. 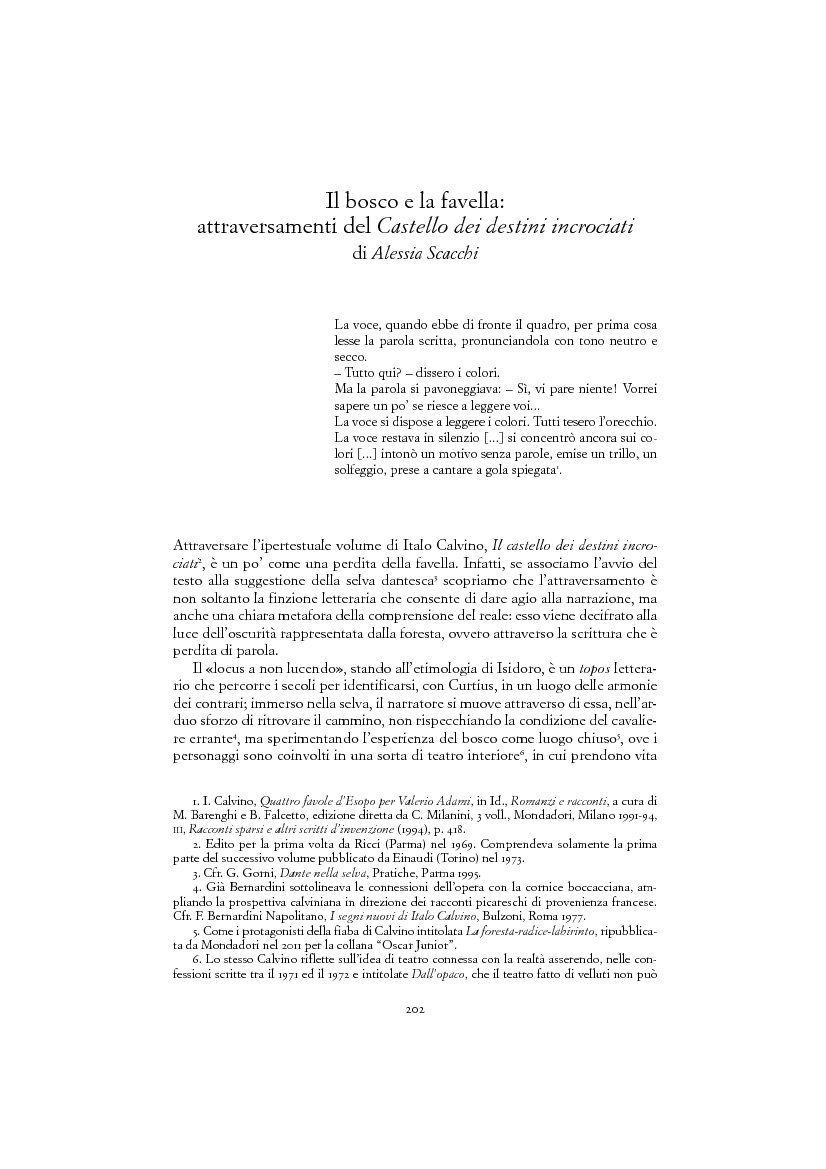