The author analyzes a sample of Italo Calvino's letters, in particular the ones he wrote between 1940s and 50s. The review retraces the development of his poetic reflection and it sheds light on Calvino's writing process, on his relationship with the editors and on his precocious theater plays. During the first half of the decade Eugenio Scalfari, who was working at "Nuovo Occidente" and "Roma fascista", was the main interlocutor of Calvino. Moreover, the author analyzes the correspondence with Silvio Micheli and Marcello Venturi, reporting some unpublished abstracts. Then she presents a study of the letters Calvino sent during the Italian resistance movement, describing the friends he got back in touch with after the Liberation Day in Italy, of the "private" reception of Sentiero dei nidi di ragno, as well as of the difficult coexistence in his life of the writer and the editorialist at Einaudi and "l'Unità". 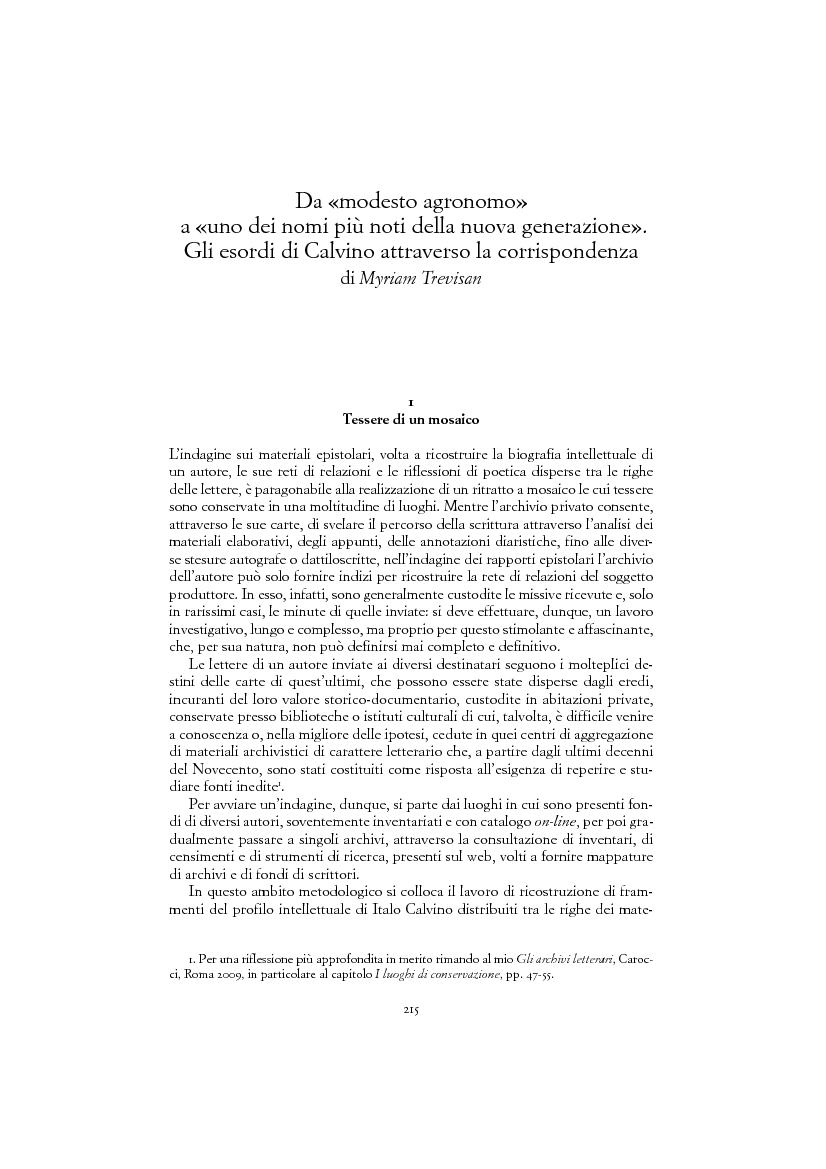