Starting from the fundamental book by Mario Isnenghi, which analyzes the role of intellectuals and authors during the First World War, the article examines the myth of the Great War considering the relationship between ideology and literature as it was developed by some authors at the beginning of the Twentieth century. The author briefly describes some fundamental topic about the Great War, such as the idea of Nation, the concept of peoplehood, the revolutionary tensions, the ideology of war. In the second part of the article, the author examines the ideas of different writers (Prezzolini, Mari¬netti, Serra, Lussu), who must be considered in order to understand the connection between literature and ideology during the Great War. 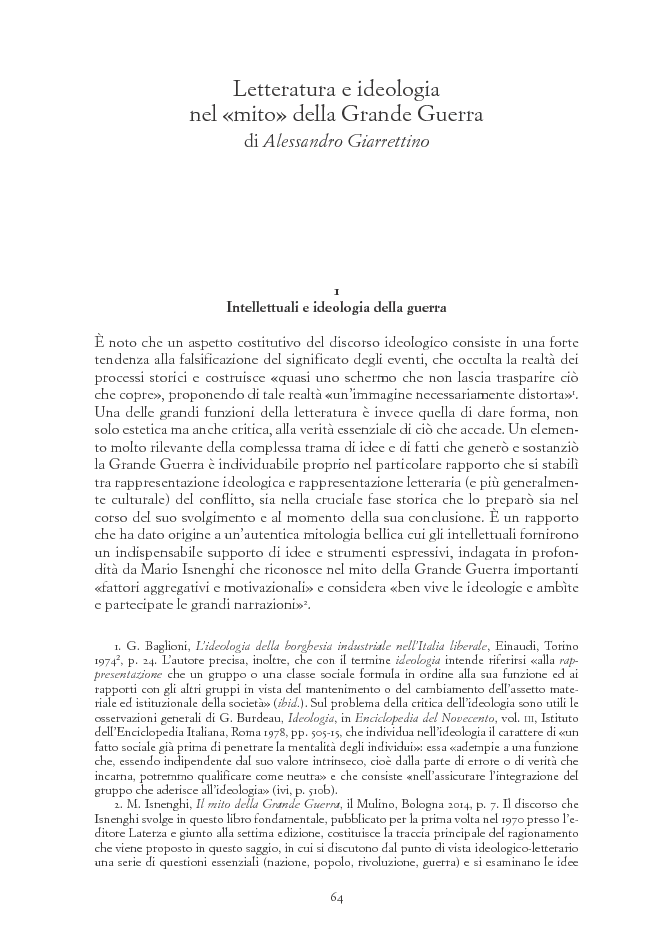