The essay analyzes the relationship between the Italian women writers production and the Great War from three points of view. Firstly it examines the incidence that the war had on the biography of the women writers, involving at least three generations, and emphasizes their "interventist" or "neutralist" positions. Secondarily the essay focusses the historiographical frameworks relating to the history of the twentieth century women writers, in order to identify the changes in literary genres (such as the autobiography and the novel), the characteristics of journalistic writing and the forms of a more conscious realization of the authorial role. Finally, through some specific examples (taken, in particular, from the works of Ada Negri, Elena Canino and Fausta Cialente) it studies how the women's narrative uses the image of the war as an element of their texts, transforming it as a privileged point of view of a specific discourse about the world and the literature. 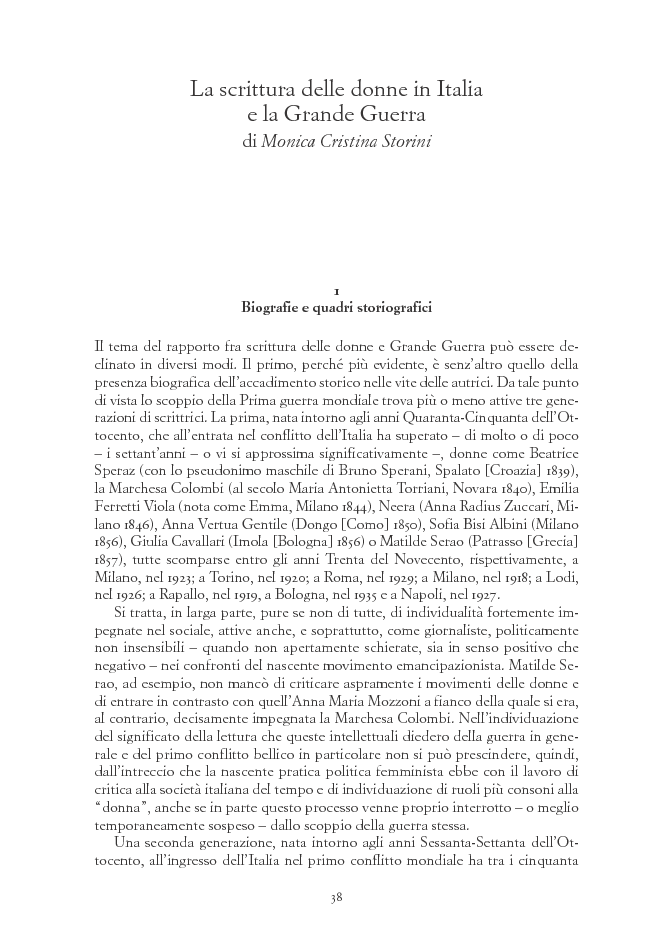