In April 1965 Natalino Sapegno presented a lecture on Dante's poem to a large public gathering in the Municipal Theatre of Ferrara on the occasion of the celebrations for the seventh centenary of the birth of Dante Alighieri. In his speech, here transcribed, Sapegno underlined how deeply Dante's poem belonged to medieval culture, of which the Comedy is an unattainable synthesis; he also emphasized both the dramatic consciousness Dante had of the crisis of medieval civilization, and the lacerating sense of this crisis. The "sacred poem", therefore, was for its author a mean - emotional, dramatic and fantastic - through which the readers could reconstruct, through the School and the science of the Middle Ages that lost world. The uniqueness of Dante's perspective was revived by Sapegno through a unified reading of the poem, which gave back the full the meaning of that poetic expression, a root of national culture. 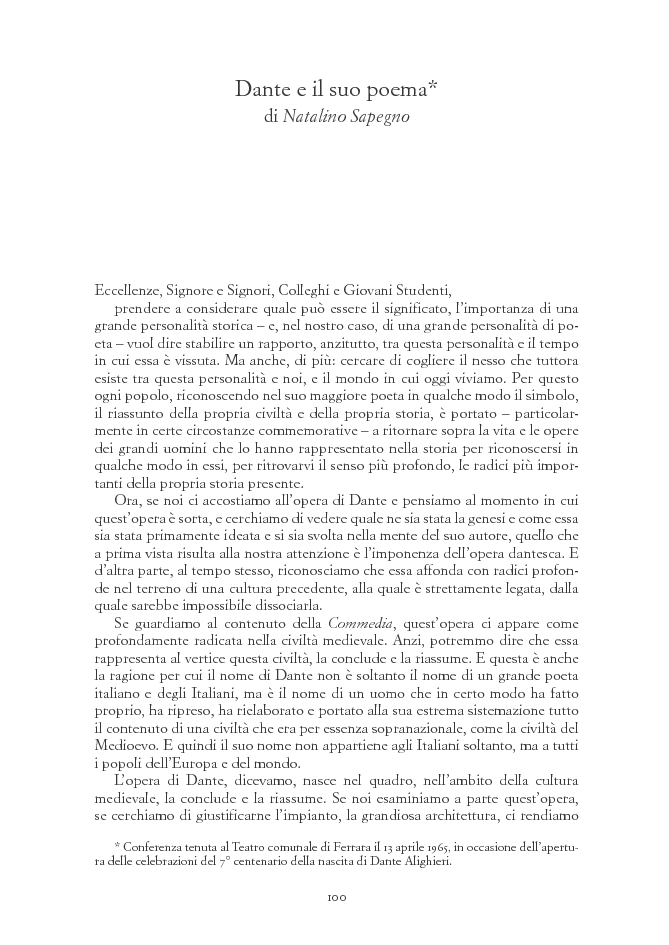