T_ __________ __ _________. T____ _ nd History in Remo Ceserani The article starts from "Il materiale e l'immaginario", the well-known high school textbook Ceserani edited with Lidia De Federicis between 1979 and 1988, which analyzes some fundamental concepts that are the basis of the entire critical work of the great scholar who died last year. First of all, the author examines the original perspective, which strictly links the theoretical experimentation to the historiographic dimension, through 22! which Ceserani elaborates an open and complex idea of literature, seen both as a way of expression of the imagination and as a space of mediation and, at the same time, of conflict between cultures and values. The author examines in depth the notion of "critical pluralism", founded both on interdisciplinary dialogue and on the comprehension of interpretation methods along with tools of analysis from different cultural spheres. The final part of the article focuses on the profoundly conflictual relationship between modern and postmodern culture, from which, according to Ceserani, a more critical understanding of contemporary reality can arise. 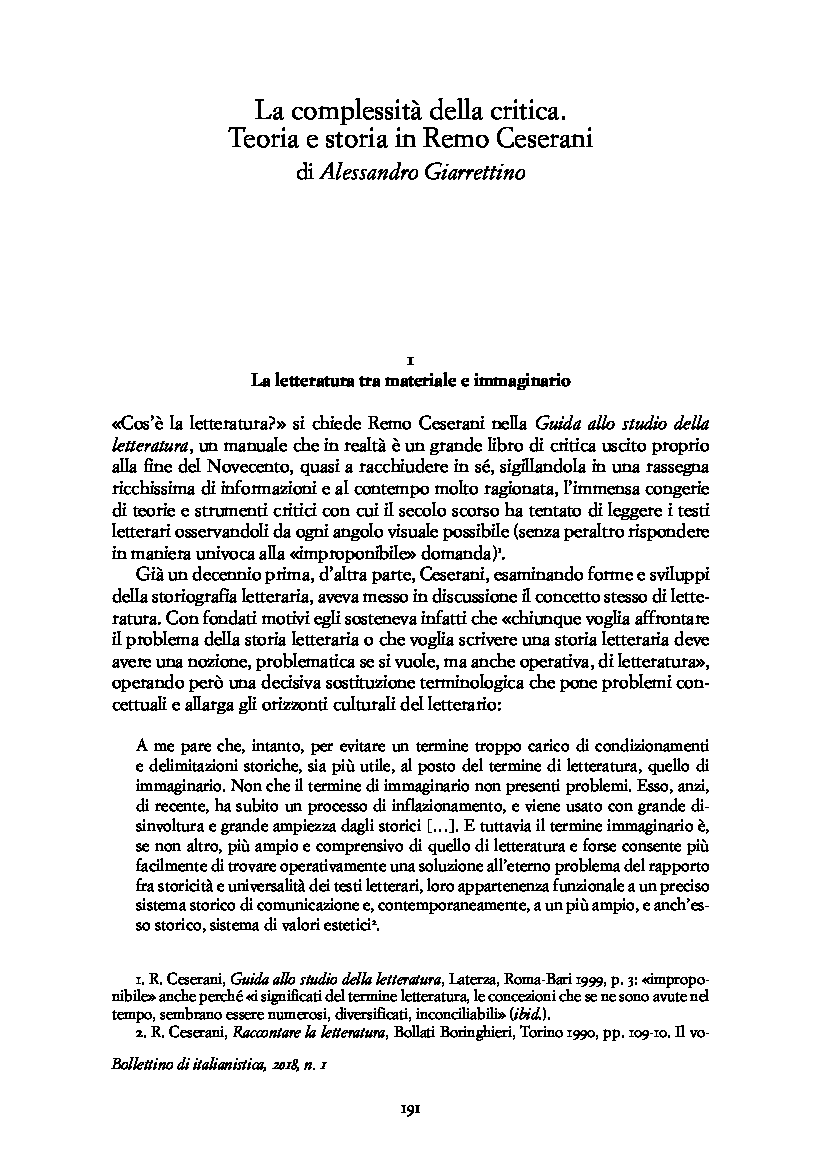