The essay examines similarities and differences between Mario Desiati’s novel The Land of Unhappy Brides (published in 2008) and the film of the same name inspired by Pippo Mezzapesa (2011) focusing in particular on the dynamics of localization: while the novel of the writer from Martina Franca, is set in the same town (famous, as the title recalls, for the high number of clouds and suicidal brides), although it also often mentions the nearby Taranto (and the Ilva), the film prefers instead to move the only recognizable location (through the steelworks in the background) on the countryside at the gates of the provincial capital; from a linguistic point of view, however, while the novel presents the voice of the narrator alternating with numerous dialogue jokes in vernacular, the film characterizes the characters through an Italian range of the Barese-Tarantino type (with very little subsidence to dialectality). Both of choices of the director from Bitonto are in the direction (already beaten by other directors from Puglia) of a more immediate recognition of the places of history and a wider linguistic understanding by the film audience. 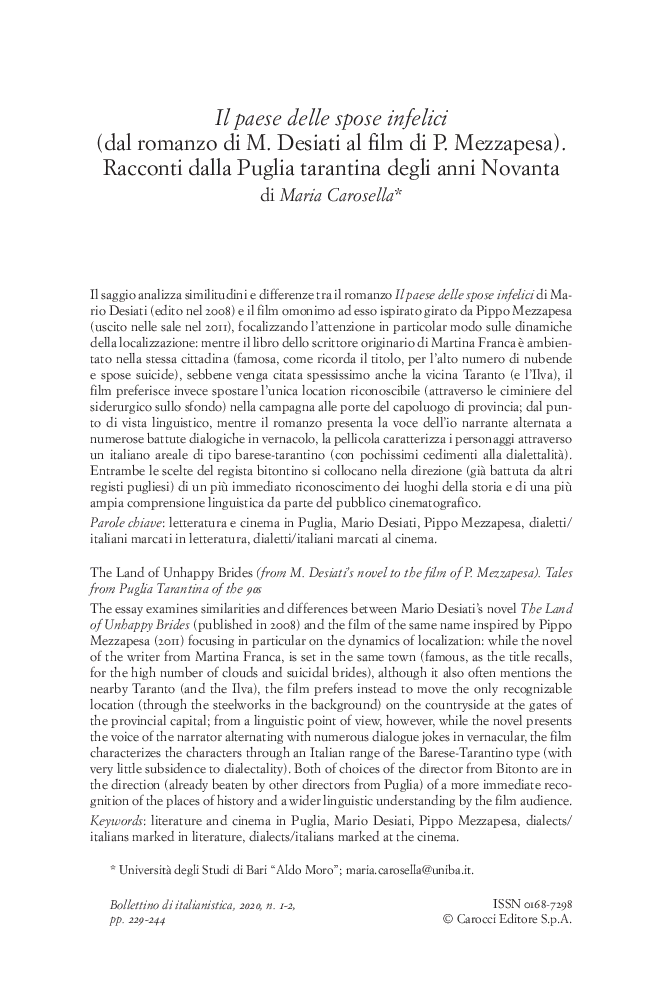