This paper focuses on the testimonies of some who went to fight in Africa during the three stages of the Italian colonialism. Firstly, in the late Nineteenth century, we face the occupation of Eritrea, followed by the occupation of Somalia (ending with the defeat of Adua, in 1896); then we have the Libyan war of 1911-12; lastly, we find the second Italo-Ethiopian war, occurred in 1935, and the proclamation of the Italian Empire. Analysed texts are stored in a special place: that is the National Archive of Diaries, founded in 1984 in Pieve Santo Stefano (Arezzo). The Archive currently stores more than 7,500 self-writings such as diaries, memoirs, letters written by "ordinary people", meaning those who had a "normal life", or commonly considered as such. Diaries and letters of the Italian colonialism stress particularly the remoteness from the country, from family, from friends; many documents recount the lenght of the journey and various problems experienced while staying in unknown lands. Especially for young people, colonial war is seen as an opportunity to fullfill life with those values and benefits promised by propaganda. Nonetheless, month after month, most of the settlers feel an increasing desire to return to Italy and be reunited with their family. 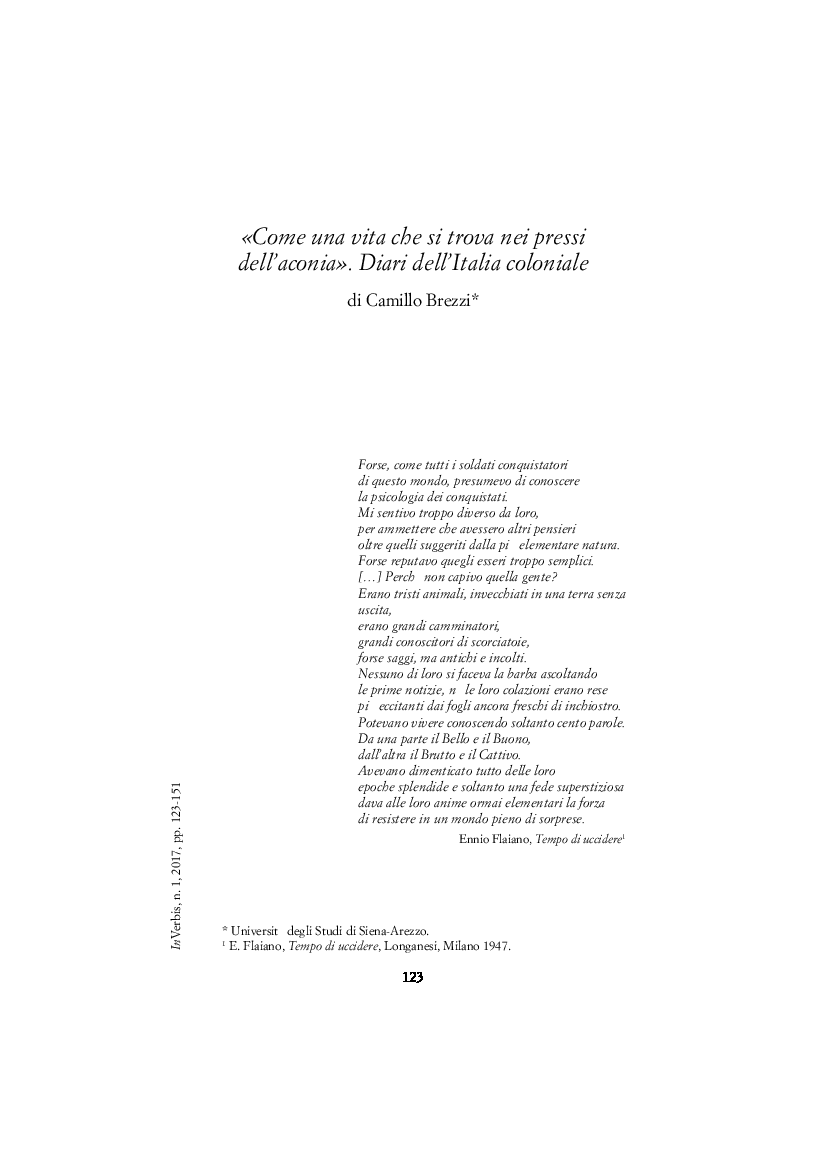