When Aleksandr Prokhanov’s Mr. Hexogen appeared in 2001 most critics perceived it as a postmodern novel – a totally unexpected move from this author, a long-standing Soviet writer and a leader of the Stalinist-nationalist opposition. The work shows indeed some features in common with, for instance, Babylon by Viktor Pelevin, one of the most popular Russian postmodern writers. Both novels demonstrate a phantasmagoric picture of the hidden side of Russian political life: if, however, in Pelevin’s case the intent is clearly ironic, Mr. Hexogen can be read as a book aimed to convey the view that the Moscow terrorist attacks of winter 1999 were designed in order to ensure Putin’s raise to presidency. If this view is to be taken seriously, the reading of the novel as postmodern will clearly fall apart; the possibility itself of the comparison with Pelevin, in any case, seems to derive from the extraliterary situation: after the fall of the Soviet Union and the turbulent first post-Soviet decade, Russia appeared as a nation who had lost its centre, and its inhabitants in desperate search of a new identity – both to the postmodern and to the reactionary. A new identity for the right wing – now rallied under Putin’s flag – seems to have been found, once more, in the national mystic, as Prokhanov’s 2014 novel Crimea – where the word Crimea itself carries a symbolic power, whereas the region and the events concerning it are not even mentioned – appears to indicate. 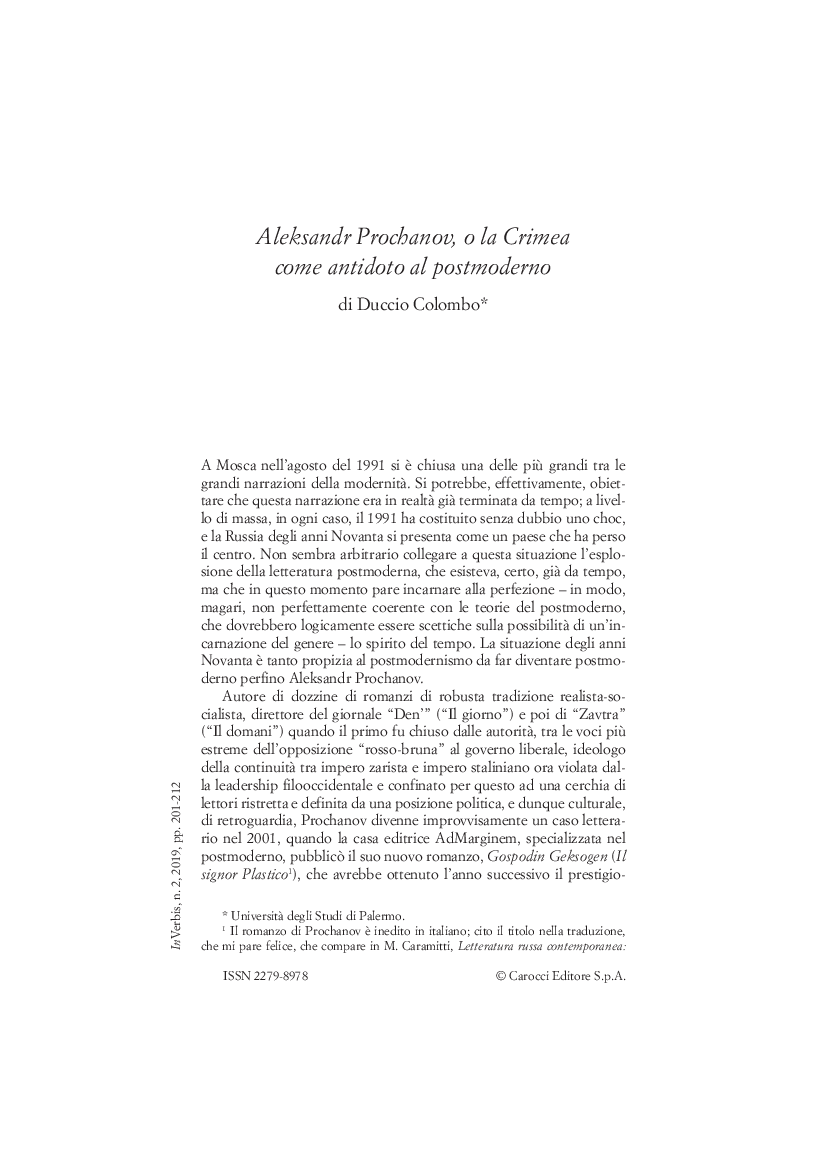