Film dialogue is characterised by strong emotionality expressed through many linguistic traits, not least swearing and taboo language. Using the Pavia Corpus of Film Dialogue (PCFD), this short-term diachronic study explores how a set of English intensifying expletives, namely bloody, fucking, (god)damn, the fuck and the hell, are deployed in Anglophone films and how they are dubbed into Italian in a timespan of more than two decades (1995-2017. Results show a significant growth in the frequency of intensifying expletives in English film dialogue over time confirming the increase in swearing in Anglophone telecinematic products (Azzaro 2018). The opposite direction is taken by dubbing, where omission and mitigation of expletives have increased considerably in the last decade, leading to a reduction of the pragmatic force of the original texts. The wide repertoire of translational routines employed in dubbing indicates an orientation to both source language expressions (calques) and target language patterns. These findings lead us to reflect on censorship, source text interference, target text adaptation, hybridisation and the increase of phraseological variability over time, which testifies to the dynamicity of translational routines in dubbing and to the distinctiveness of audiovisual discourse in itself. 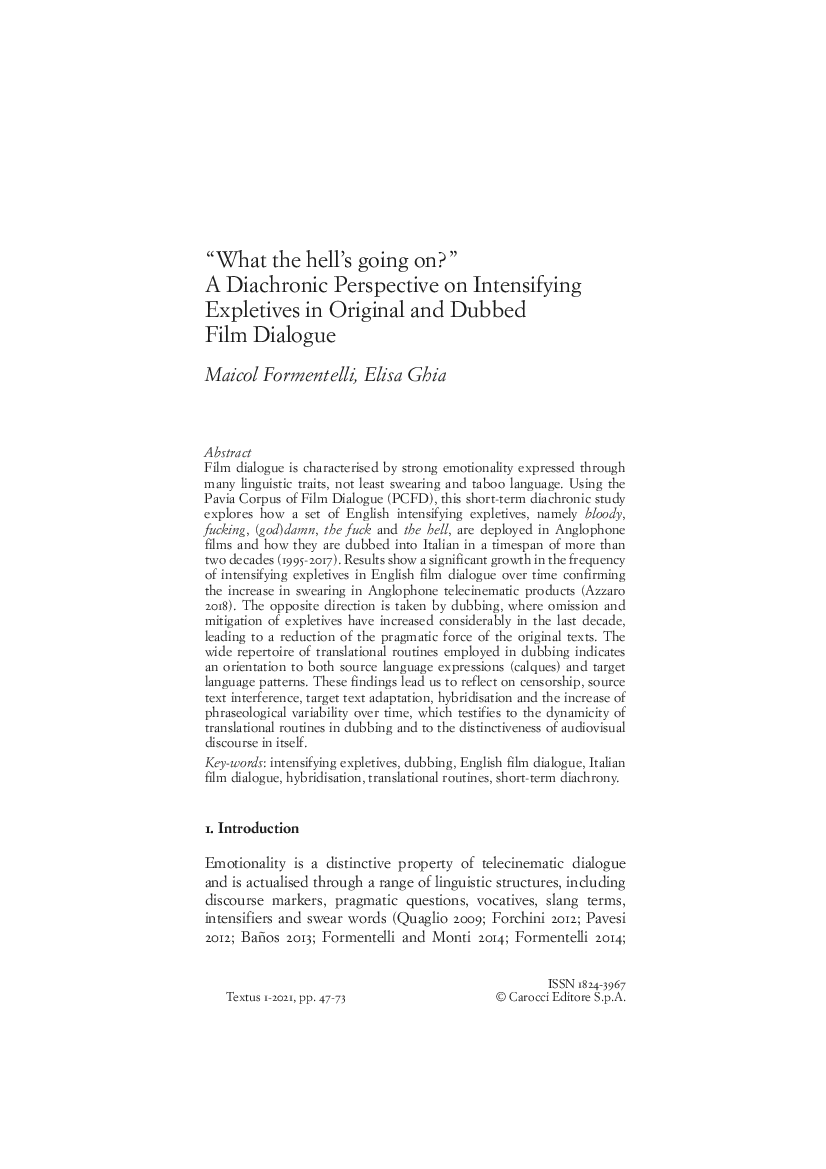